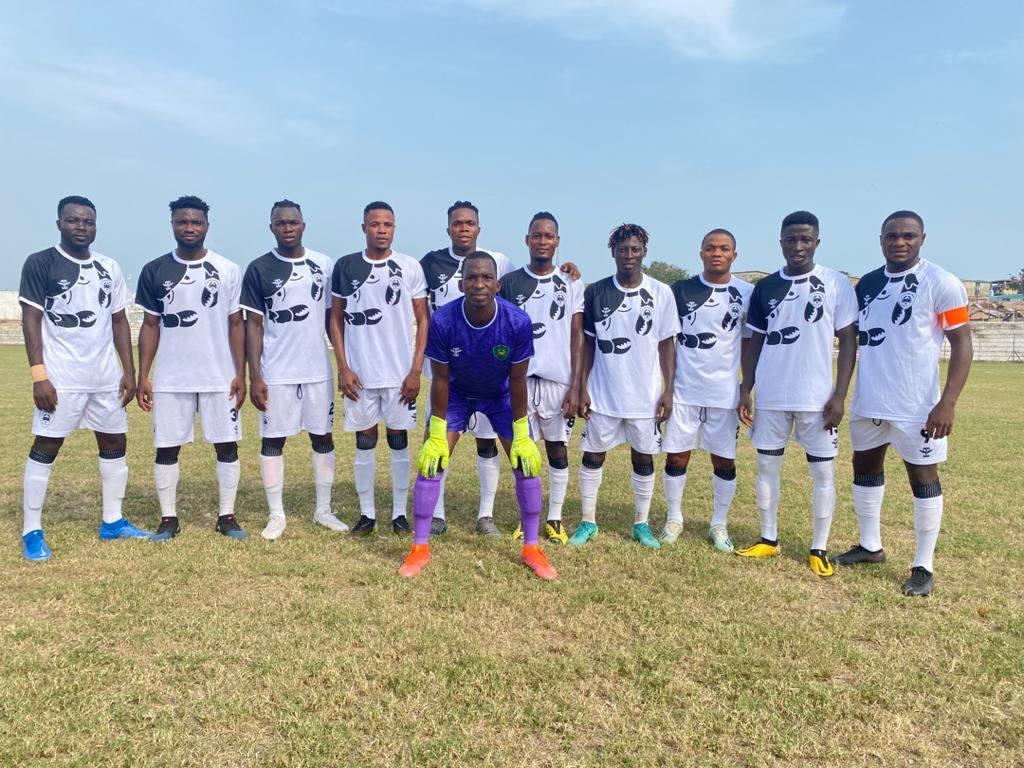 Rivalry was rekindled on Sunday when Hasaacas battled Ebusua Dwarfs at the Sekondi Gyandu Park in a Match Day seven fixture of the Division One League.

The two Ghanaian giants faced off against each other in a Zone Two tie that brought back nostalgic memories for fans of the two sides. Unlike Ebusua Dwarfs who got relegated only last season, Sekondi Hasaacas have been in the wilderness since 2016 and made huge efforts to return to top flight football last season but lost out Bibiani Gold Stars.

The Dooo boys also won the FA Cup 37 years ago and with these in mind, the Gyandu Park was set for a gargantuan contest on Sunday. Ahead of the match only one point separated them – as Hasaacas had 10 points – one point richer than Ebusua Dwarfs who sat in 6th place in the League log.

Sekondi Hassacas paraded an experienced side that comprised of Ishawu Yahaya, Abeiku Ainooson, Eric Arthur and Frederick Quayeson but the gallant men from Cape Coast made life difficult for them despite dominating play in the entire period of the match.

Seidu Abdulai got the only goal of the match in the 44th minute to give Ebusua Dwarfs a precious win on the road against an old foe.

Elsewhere at Sameraboi – leaders Samartex 1996 were held at home by Bekwai Youth Football Academy in a 0-0 stalemate. The home side who are still first in the Zone Two drooped points for the first time of the season – but moves to 19 points having gone seven matches unbeaten – with 6 wins, one draw.

Prince Antwi, Richard Gyamfi and Frank Ansere who have been instrumental for the Sameraboi side struggled to find the back of the net on Sunday hence the draw against Bekwai Youth Football Academy.

The full Results are captured below: 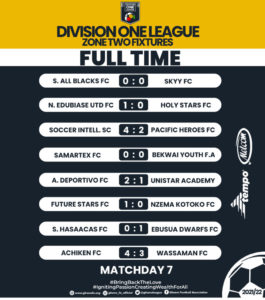