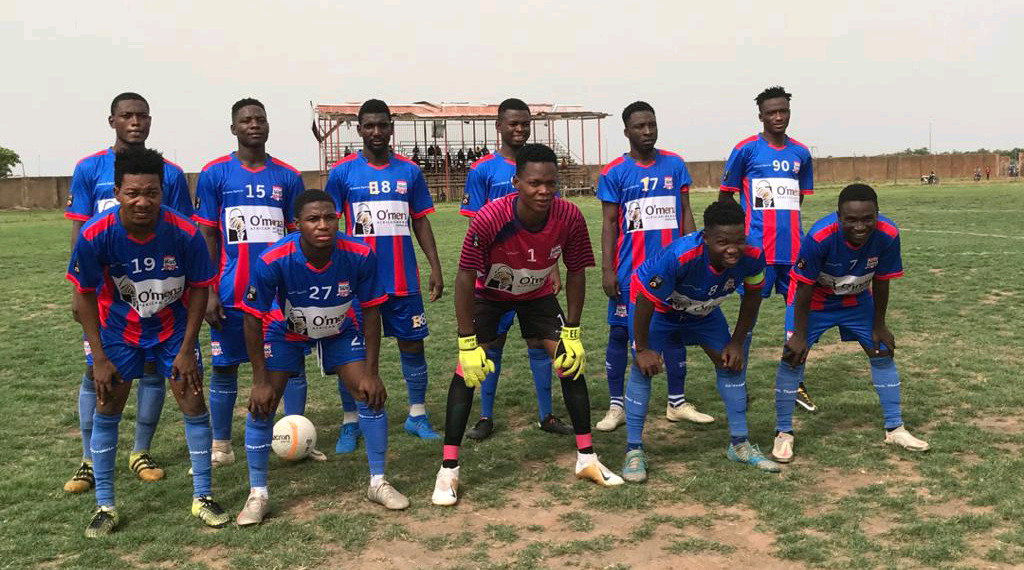 Zone One leaders Tamale City Football Club will face Nsoatreman FC on match day two of the Division One League this weekend.

The two teams recorded impressive results on the opening day of the season and would fancy their chances as they lock horns this weekend.  Tamale City defeated Berekum Arsenal 4-0 at the Aliu Mahama stadium to get their season off to a bright start while Nsoatreman FC piped B.A United 1-0 in an away fixture.

Samuel Ofori converted from the spot in the dying embers of the game to give Nsoatreman the three points against giants B.A United in an entertaining game at the Ohene Ameyaw Park at Techiman.

Tamale City were the highest scoring side on match day one – as they accounted for former Premier League side Berekum Arsenal 4-0 with goals from Mohammed Yahaya, Bismark Asare, and Kojo Aggrey who grabbed a brace. The two sides are brimming with confidence heading into the fixture – with the aim of holding on to their superb start to the season.

In other matches Young Apostles who scored three unanswered goals against Steadfast FC on Friday, trek to Wa to face Wa Suntaa FC. The latter lost 2-0 to Dreams Tamale on Saturday and aim to make their home advantage count this time.

Wamanafo Mighty Royals who won 1-0 against Kintampo FC return home to play Dreams Tamale. The debutants recorded a win in their first-ever Division One League game against Wa Suntaa in a 2-0 victory and look poised for a good fight against the Royals.

Returnees Bolga All Stars who conceded a late penalty to lose 3-2 to Wa Yasin FC battles Kintampo FC at the Malik Jabir Park on Sunday while newcomers Baffuor Soccer Academy trek to Bofoakwa Tano - Both teams are in dire need of a win after dropping points in their opening matches. Bofoakwa Tano lost to Nkoranza Warriors as Baffuor Soccer Academy drew 1-1 with Unity FC.

Here is what to do expect on Match day II: 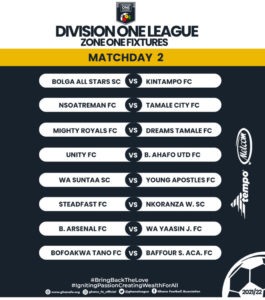