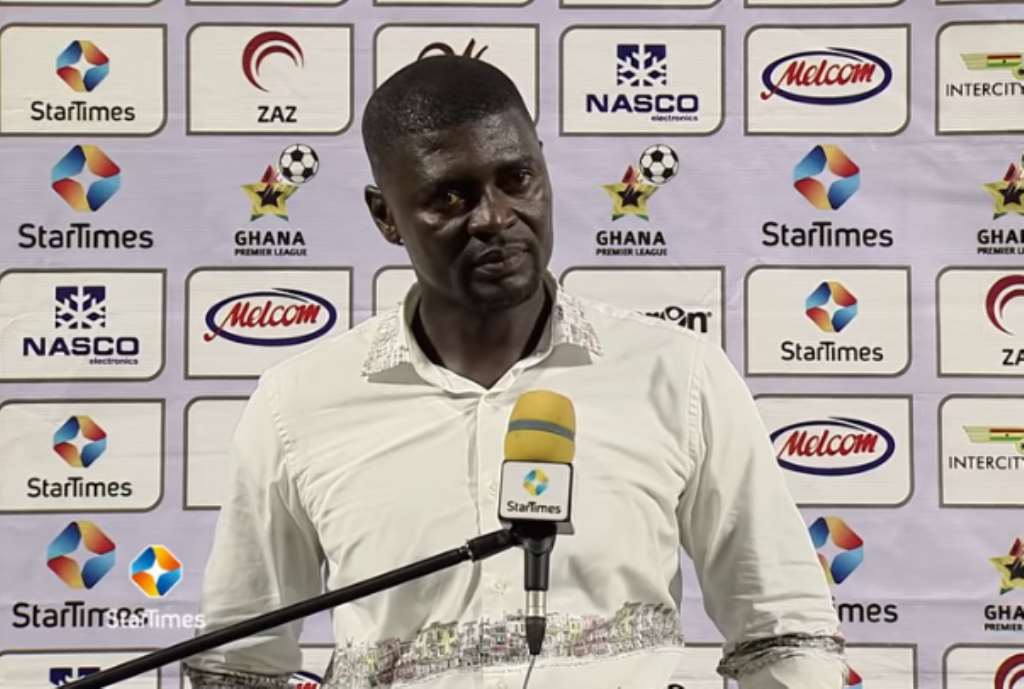 Hearts of Oak head coach Samuel Boadu has selected the match against Bibiani Gold Stars in the second round of the 2021/22 Ghana Premier League season as the easiest his team played throughout the campaign.

Speaking to Asempa FM in an interview on Friday, July 1, 2022, the highly-rated tactician also named the game against Legon Cities FC as the toughest the Phobians played throughout the campaign.

“I have always said Legon cities was the toughest game for us this season,” Coach Samuel Boadu said while adding, “Gold Stars will be my easiest because we went into the game with 13 players and two goalkeepers on the bench.”

Coach Boadu explained, “That was where I introduced Dankyi as a holding midfielder. The entire team played to instructions and they delivered even with their sickness.”

The 2021/22 football season was tough for Hearts of Oak, a team that was crowned champions the previous season.

Courtesy of the team’s struggles, the Phobians only managed to finish 6th on the Ghana Premier League standings at the end of the campaign.

Coach Samuel Boadu and his outfit are hoping to return for next season well-prepared to challenge to win the Ghana Premier League title.