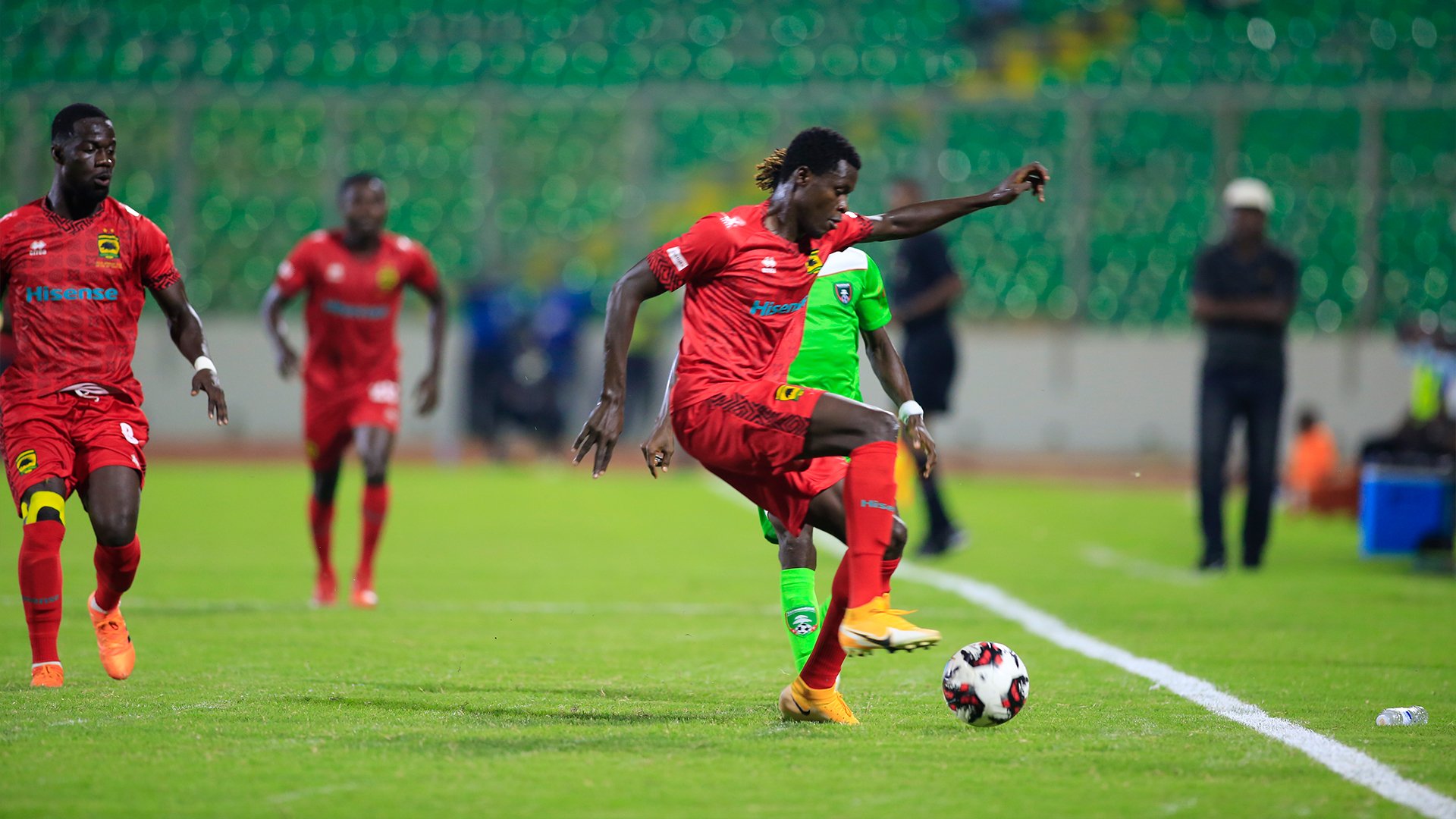 Asante Kotoko are still leaders of the 2021/2022 Ghana Premier League at the end of Matchday 4 of the season.

The Porcupine Warriors are currently the only team with a 100% record of wins in the ongoing Ghanaian top-flight league.

In the team’s last match of the campaign, they played host to Techiman Eleven Wonders at the Baba Yara Sports Stadium.

In the game played on Saturday night, Asante Kotoko dominated play and scored once in each half to cruise to a delightful 2-0 win at the end of the exciting 90 minutes.

Having amassed the three points from that game, the Porcupine Warriors club have remained top of the league table and with momentum on the side of the team.

Meanwhile, their rivals Hearts of Oak are in tatters and playing as if they are not the same side that won the 2020/2021 Ghana Premier League title.

The Phobians on Sunday afternoon played as a guest to Ashanti Gold SC at the Len Clay Sports Stadium.

In a game where the visitors failed to bury their chances, the Miners came in strong in the second half to score twice to win the match.

As a result of the poor showing in the first four matches of the season, Hearts of Oak are now 15th on the league table and just one place away from the relegation zone.

Check out the 2021/22 Ghana Premier League standings below after week 4: 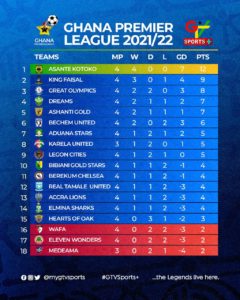