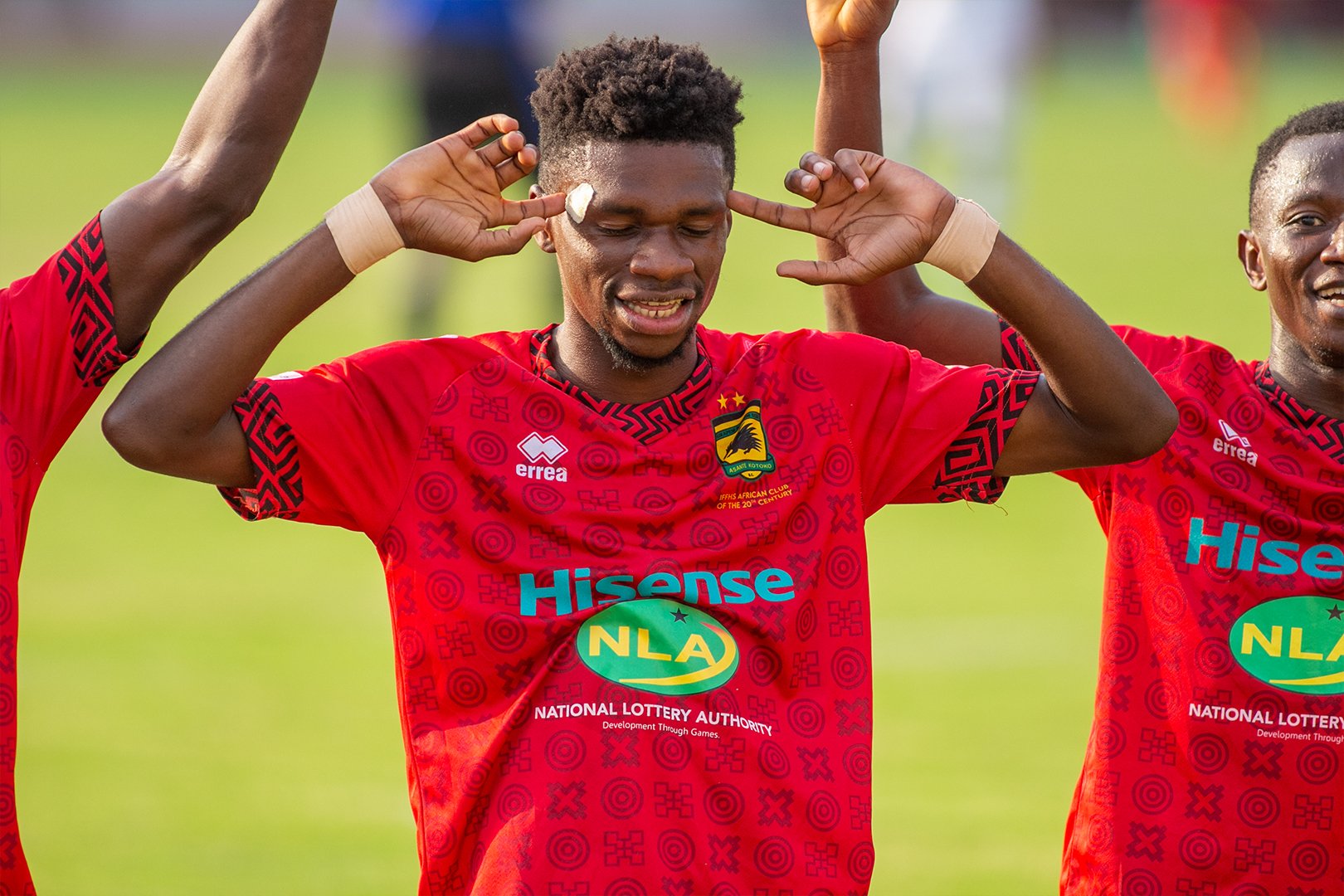 Cameroonian striker Frank Mbella Etouga netted a hat-trick for Asante Kotoko on Sunday afternoon to inspire the side to record a massive 3-1 win in the Ghana Premier League.

The Porcupine Warriors club is aiming to win the league this season and continue to fight for points on every matchday.

Today at the Baba Yara Sports Stadium, the Reds faced off with the Miners in a matchday 12 encounter of the ongoing campaign.

On the back of a goalless draw at the end of the first half, Frank Mbella Etouga stole the show in the second half.

The strike netted a fantastic hat-trick after opening the scoring for Asante Kotoko in the 55th minute.

He later scored twice in the 68th and 72nd minutes respectively to secure all points for his team.

On the matchday, Elijah Addai scored a consolation goal for Ashanti Gold SC late in the game but it was not enough to save the side from a defeat.

Courtesy of the win today, Asante Kotoko have climbed to the summit of the Ghana Premier League table.