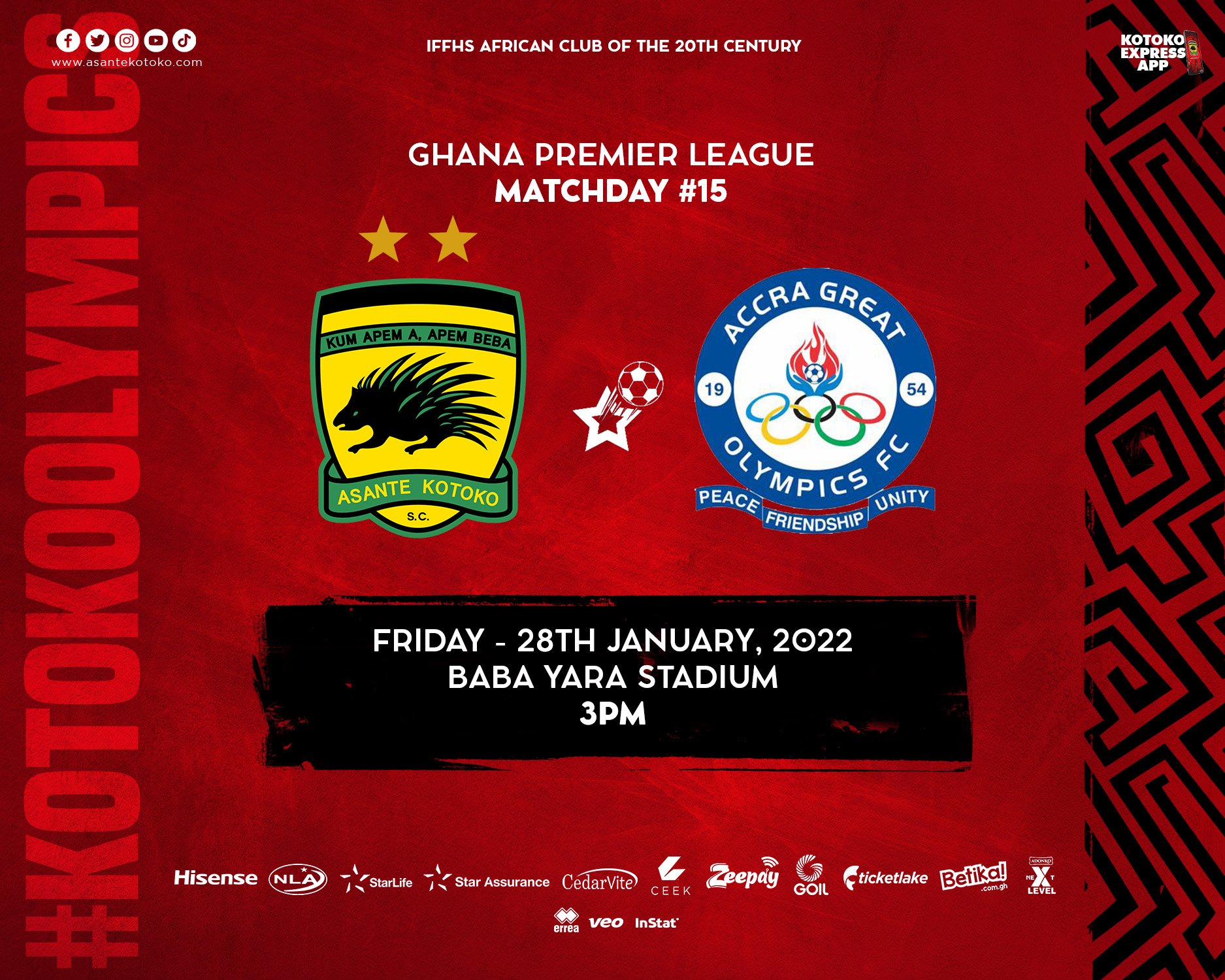 Macthday 15 of the 2021/22 Ghana Premier League season will kick off on Friday afternoon when league leader Asante Kotoko hosts Great Olympics in Kumasi.

The Porcupine Warriors are unbeaten in the last five matches of the campaign having won four and only drawn the other one.

Feeling good and playing with a lot of confidence, Asante Kotoko goes into today’s game against Great Olympics as the favourites.

The opponent, on the other hand, has fared well in the last five matches looking at the form of the team.

In that run, the team is equally unbeaten but can only boast of two victories. The team has struggled to score goals and had to settle for three draws from the other games.

Today, Great Olympics are set to play as a guest to Asante Kotoko and should be expected to give up a very good fight.

Frank Etouga Mbella - The striker has scored six goals for Asante Kotoko since marking his debut and is currently one of the most in-form players in the local league.

If he receives the necessary support from his teammates, he could inspire the Reds to victory.

Asante Kotoko are favourites to win this afternoon but don’t be surprised if the game ends in a draw.

Today’s clash between Asante Kotoko and Great Olympics will kick off at 15:00GMT at the Baba Yara Sports Stadium.