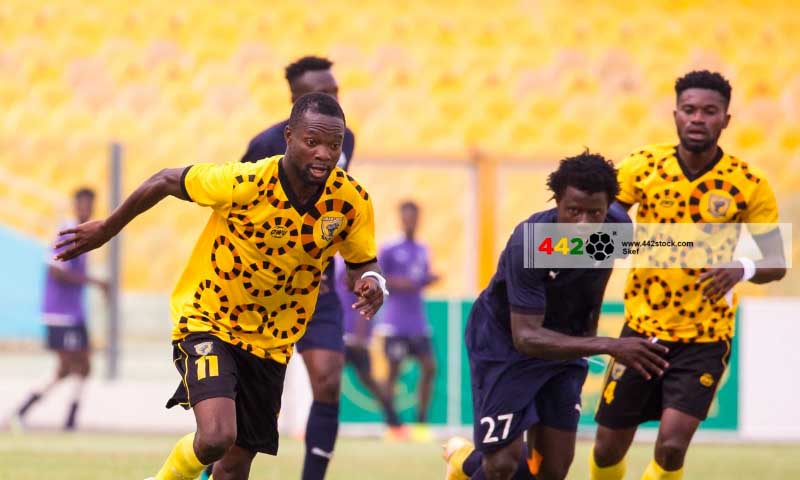 The Ghana Premier League is set to continue this weekend with matches scheduled to be cleared on Sunday and Monday for matchday 31.

In the next few weeks, the Ghanaian top-flight league will gear up for its conclusive end.

This weekend, the Ghana FA has paved way for all nine games on matchday 31 to be cleared.

One of the games scheduled to be played will be between Ashanti Gold SC and Accra Lions FC.

Although the Miners have been demoted to compete in the Division Two league next season, the team remains focused and wants to pick as many points as possible before the season comes to an end.

This weekend, the team based in Obuasi goes into the game against Accra Lions on the back of a 3-1 win against Elmina Sharks from last weekend.

The team in the last five matches has three wins, one draw, and one loss. Known for scoring a lot of goals, the club looks set to brush aside the next opponent with ease.

For Accra Lions FC, the team had impressed in its debut season. While it is away from the relegation zone, the team must continue fighting.

In the last five matches, the Lions have won two matches, drawn two others and lost one.

They go into this weekend’s game as the underdogs.

The clash between Ashanti Gold SC and Accra Lions FC will be played at the Len Clay Sports Stadium on Sunday, May 29, 2022.

The encounter is scheduled to kick off at 15:00GMT.