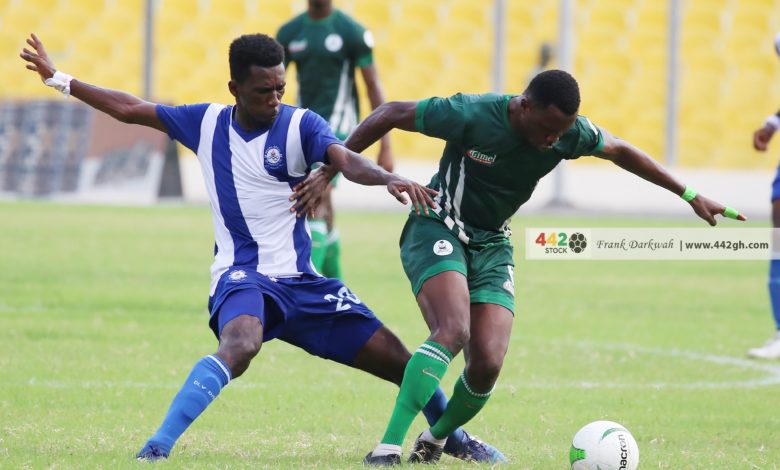 The Ghana Premier League is set to continue this weekend with matches scheduled to be cleared on matchday 31.

In the next few weeks, the Ghanaian top-flight league will gear up for its conclusive end.

This weekend, the Ghana FA has paved way for all nine games on matchday 31 to be cleared.

On the matchday, there will be a tough match in Kumasi when King Faisal takes on Great Olympics.

Ahead of this clash, King Faisal have only managed one win in the last five matches. Three of the other games ended in draws with the last one ending in a defeat.

The opponent, Great Olympics sit 7th on the Ghana Premier League standings having struggled to pick points in the last five matches.

The team that was once a contender for the league title boasts of just one win, one draw, and three defeats.

With Great Olympics leading King Faisal eight points on the lead table, the team from Accra goes into this game as the favourites.

That notwithstanding, a King Faisal side motivated to avoid relegation could pull off a shock win at the end of the day.

The game between King Faisal and Great Olympics will be played at the Baba Yara Sports Stadium on Sunday, May 29, 2022.