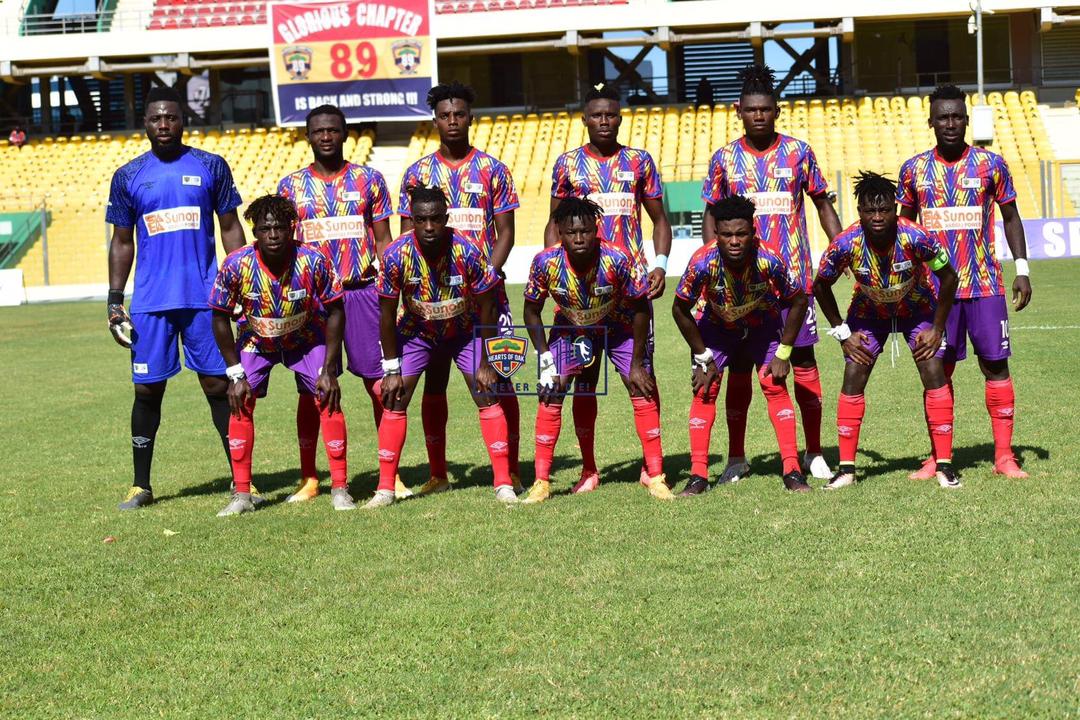 Accra Hearts of Oak will host Real Tamale United in a match week 34 encounter on Sunday afternoon at the Accra Sports Stadium on Sunday.

The Phobians lost 3-0 against city rivals Accra Great Olympics in their last game in the Ghana Premier League which was played at the Accra Sports Stadium. Amos Acheampong scored in the 20th minute and Yussif Abdul Razak scored twice.

Accra Hearts of Oak are 5th on the Ghana Premier League table with 48 points after 33 games. They will be battling to finish in the top four and also hoping other results also go their way.

On the other hand, Real Tamale United beat Kumasi King Faisal 1-0 at the Aliu Mahama Sports Stadium in their last game in the league. Ronald Frimpong scored in the 46th minute. In the encounter against Hearts, the Blue and Whites will be fighting to stay in the league.

Real Tamale United are 15th on the Ghana Premier League table with 38 points after 33 games.