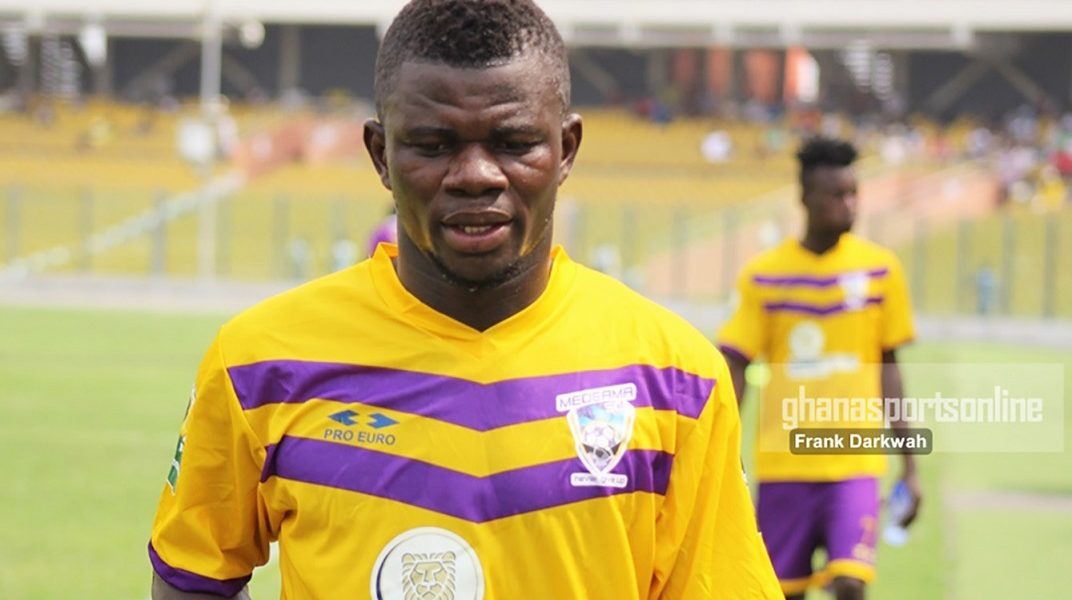 Medeama deputy skipper Kwesi Donsu was adjudged NASCO Man of the Match following his impressive display in their 2-1 win over Great Olympics in the Ghana Premier League.

Donsu's connection from Darlington Gyanfosu Appiah’s cross won Medeama their equalizing penalty when he was brought down in the box of Olympics by their goalkeeper and was expertly converted into goal by Vincent Atinga.

His leadership, linkup play and movement on the field of play has been evident all season for the Mauve and Yellow side from Tarkwa especially in the last five games which has seen the club go unbeaten and that caught the eyes of everyone at the Accra Sports Stadium, including the panel of assessors to reward him with the Most Value Player in Medeama’s away win over Accra Great Olympics, who managed a point from the first round away encounter at the Tarkwa Akoon Park.

Donsu, the deputy captain for Medeama has stood in most of the time for the substantive skipper, Joseph Tetteh Zutah, who has for a greater number of times this season come on from the bench.

The win over Great Olympics lifts Medeama to 2nd on the league table with 50 points, six points adrift leaders Asante Kotoko who have two games in hand.