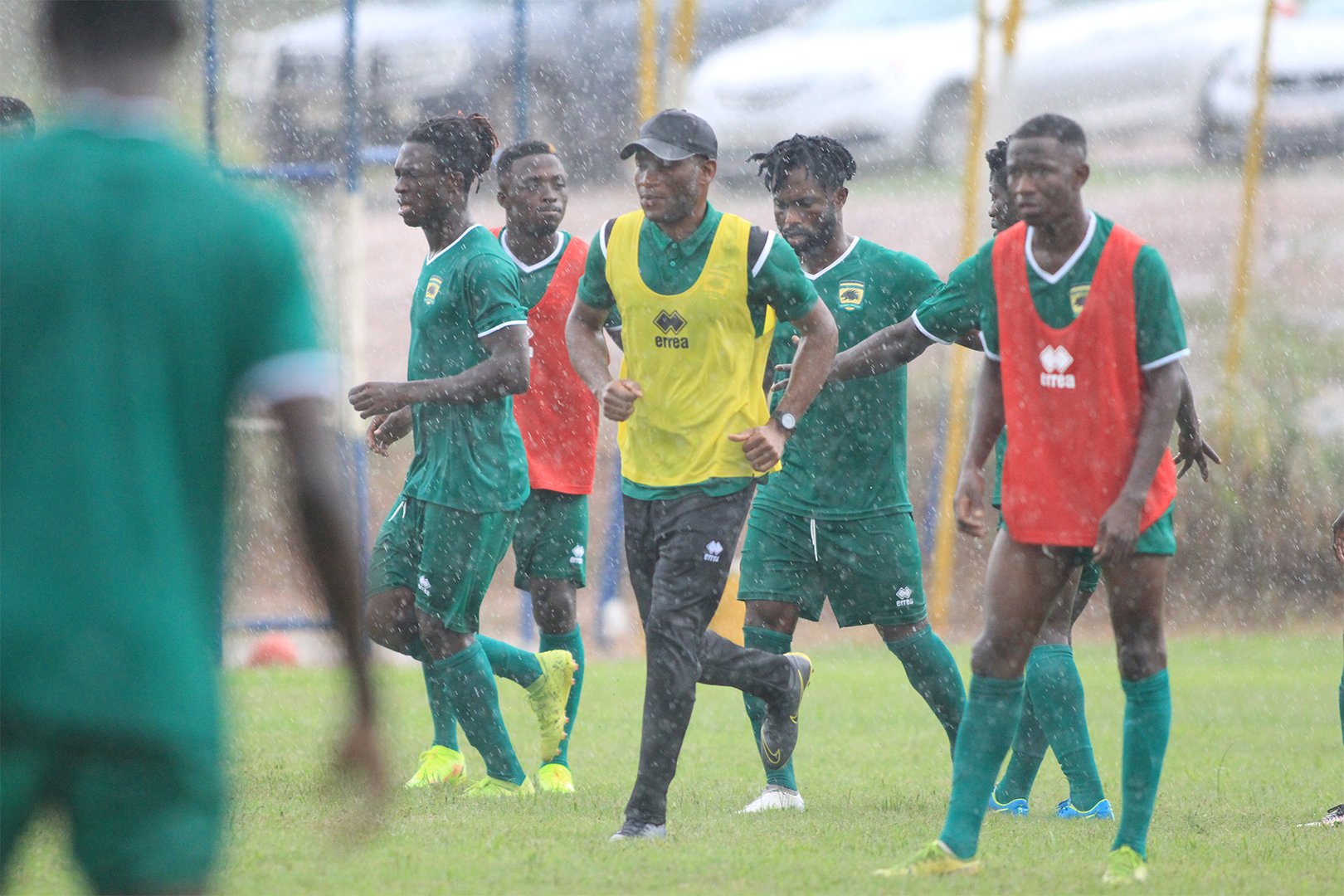 Asante Kotoko head coach, Prosper Narteh has gifted his players GH₵4,000 for beating Aduana Stars jinx for the first time in 10-years in the Ghana Premier League on Saturday.

George Mfegue and Richmond Lamptey scored seal the three points for the Porcupine Warriors in their match week 11 encounter at the Nana Agyemang Badu Park.

Prior to the game, the Reds had recorded five draws and six defeats in 11 league visits to the NAB Park.

"I believe in rewarding hard work", Prosper Narteh said as he handed the money to captain, Abdul Ganiyu in the team bus. "You worked so hard and stayed disciplined throughout the game."

"As I promised you before the game, I am giving you the GH₵4000 as a show of my appreciation for what you have done. Continue making me proud and I would also keep showering you with money."

Asante Kotoko are at the top of the Ghana Premier League table with 23 points, same points as regional rivals, King Faisal but have one outstanding game against Hearts of Oak.

Kotoko will take on Ashanti Gold SC in their match week 12 encounter on Sunday.