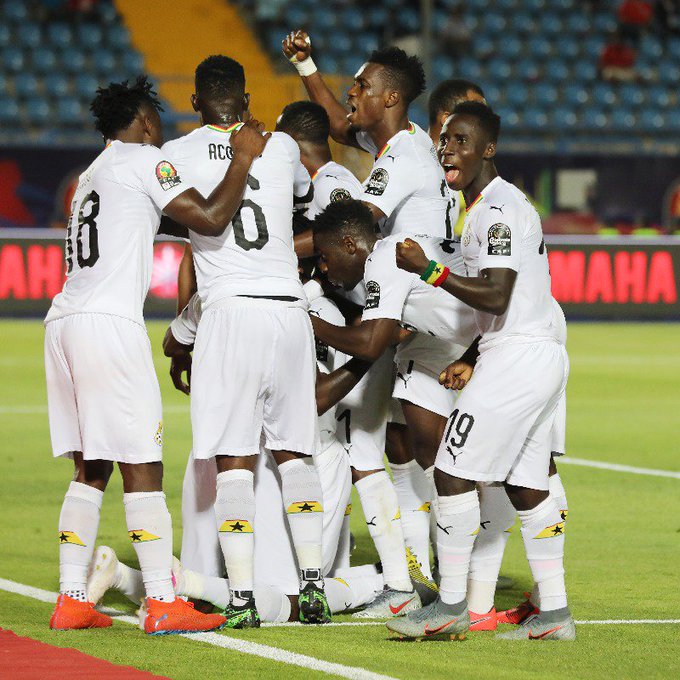 The Black Stars of Ghana kicked off their 2021 Africa Cup of Nations (Afcon) qualifying campaign with an impressive 2-0 win over South Africa in a Group C match on Thursday night.

Thomas Partey and debutant Mohammed Kudus were both on the scoresheet as the Black Stars humbled Bafana Bafana.

Ghana will now be away to Sao Tome and Principe in their next Group C match on Monday, while South Africa are set to host Sudan on Sunday.

Only had one save to make all game and was barely tested as he enjoyed a comfortable evening.

Looked jittery in the first half but slowly grew into the game.

A very commanding performance by the Celta Vigo defender as he kept Bradley Grobler quiet.

Made some key blocks especially in the first half as he also contributed to Ghana’s attacks with some accurate long passes.

It was obvious he had chills down his spine because it was his debut but he had a much better second half after a nervy start.

Didn’t look out of place as he stayed strong and provided cover for the fullbacks whenever they attacked.

Scored the opener of the game and looked very comfortable on the ball.

Was very industrious on the right-wing as we saw glimpses of a younger Ayew who enjoyed taking on fullbacks.

A game to forget for him probably because he was played out of position. He made too many loose touches playing on the left-wing.

Looked lively and created a couple of opportunities but he may need to be a bit more selfless when he gets into the final third.

Full of running and chased down every long ball. Ghana’s ultimate pressing machine but he will need to add more goals to his game.

Made a good impression on his debut. Showed his fighting spirit with 2 interceptions, one of which led to his first-ever international goal and Ghana’s second on the night.