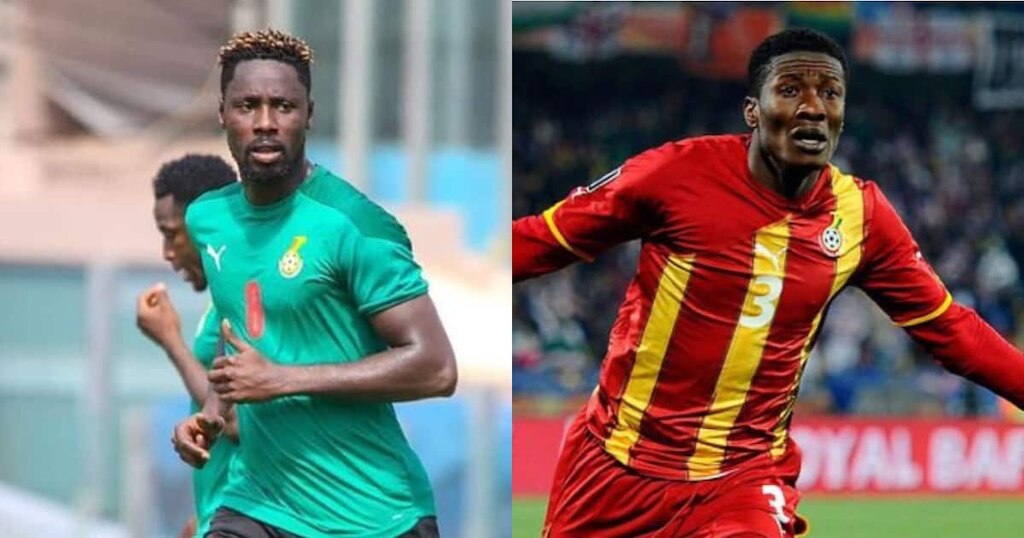 Boakye Yiadom, who made his Ghana debut in August 2012, has scored six goals in 14 appearances for the Black Stars.

The 28-year-old is one of the strikers available for Milovan Rajevac in this year’s tournament despite making a cameo appearance in the defeat to Morocco on Monday.

"I have heard it a few times but I had a couple of injuries when I came back from China and it slowed me down a little bit. But I believe that to get to the level of or half what Asamoah Gyan did, you need consistency in the national team as he had. And there has to be believe, everybody who supports the national team has to give the support that the team needs to improve," he said.

"Because you don’t use one day to improve on something, it needs time. When you give us time and focus on two, three, four strikers and keep them and work on them. At least we may not be able to get to where he reached. But we may be able to do half of it.

"All I ask from everybody who supports the national team is to believe in the players and the team and be positive towards the national team and be able to give positive energy to the team to achieve what others did. It’s not everybody who can take the negative comments in the media, for me I can take it but there are some players who can’t, and when they hear such things their spirits go down and it kills them.

"So for me to be compared with Asamoah Gyan is an honour but I am still young, I still have more time to work on myself, all I ask is for everybody to give us support to achieve something for the nation.

Ghana will take on Gabon in their second group game on Friday at the ongoing 2021 Africa Cup of Nations in Cameroon.