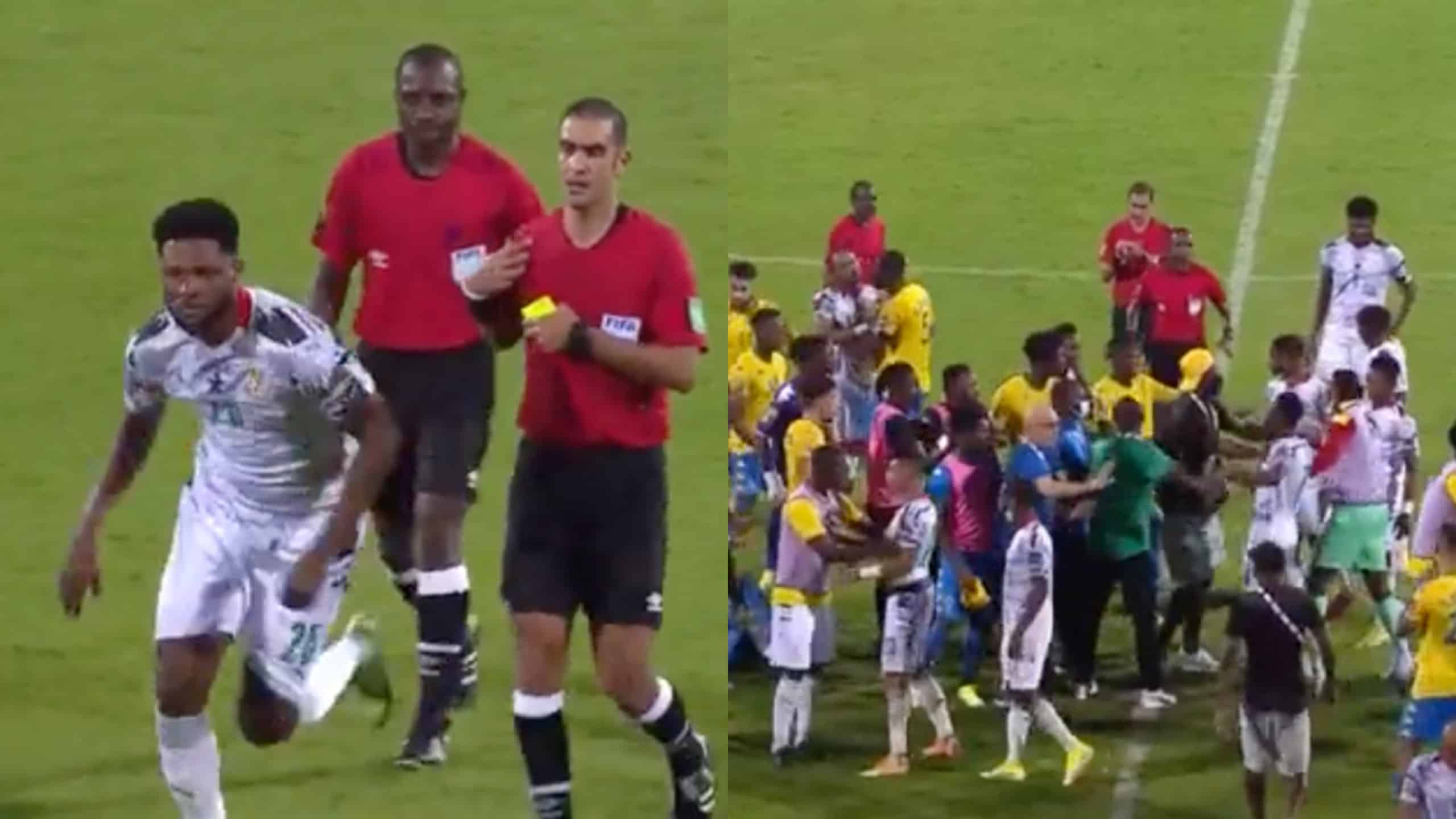 Benjamin Tetteh will miss Ghana’s final Group C match against Comoros at the ongoing 2021 Africa Cup of Nations after being handed three-match ban by Confederation of Africa Football (CAF).

The 23-year-old may not even feature again for the Black Stars unless Ghana reach the semi-finals.

The Confederation of African Football (CAF) has banned Ghana striker Benjamin Tetteh for  three matches after punching a Gabon player during Friday’s match.

Second-half substitute, Tetteh received an unnecessary red card after chaos broke out at full time in Ghana's 1-1 draw against Gabon on Friday.

While he was expected to miss two matches, CAF has after a meeting by its Disciplinary Committee announced that an addition one match has been included.

“To suspend player Ghana player Benjamin Tetteh for one additional game match in addition to his automatic suspension of two matches. Consequently, the player has been suspended for three matches,” a CAF statement has said.

It adds that “The Disciplinary Board has also issued a stern warning to both teams for their unsportsmanship behaviour after referees’ full time whistle.”