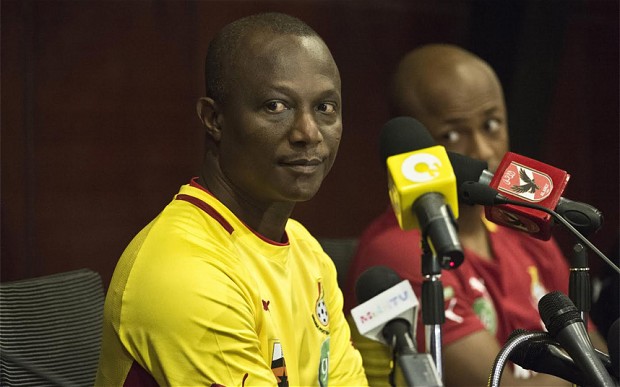 Black Stars head coach Kwesi Appiah has provided an injury update on Iddrisu Baba ahead of their game against São Tomé and Príncipe in the on-going 2021 Africa Cup of Nations qualifier.

The 23-year-old picked up an injury during Ghana's 2-0 win over South Africa at the Cape Coast Stadium on Thursday evening.

The Real Mallorca midfielder was handed his debut by coach Kwesi Appiah but had to be stretchered off after collision in stoppage time.

Speaking after the game, the 59-year-old confirmed the highly-rated midfielder suffered an ankle problem in the comfortable win over the Bafana Bafana .

He will undergo further tests today to determine the full extent of the injury.

"I think he had a head clash but before we came here [for the presser], he was okay. He joined us in prayers and everything. He also had an ankle problem so the doctors will work with him so hopefully, by tomorrow we should know [his status],"coach Kwesi Appiah said.