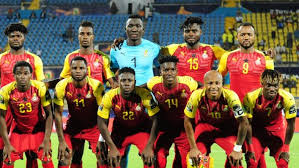 Ghana coach Kwesi Appiah has named his 23-man squad to face South Africa and São Tomé and Príncipe in the 2021 Africa Cup of Nations qualifiers next month.

Coach Appiah has handed call-ups to seven new players for the crucial qualifiers as he set sights on progressing to the next stage of the competition.

Spanish duo Mohammed Salisu and Iddrisu Baba have been handed debut call-ups following their mouthwatering performances for their clubs.

Christopher Antwi-Adjei, TP Mazembe midfielder Jorric Jibril and AshantiGold skipper Shafiu Mumuni are among the surprised inclusion in the squad..

There is also a place for Azam FC goalkeeper Razak Abalora.

The 58-year-old has dropped four key players including Asamoah Gyan, Kwadwo Asamoah, Christain Atsu and John Boye from the squad for the doubleheader.

Ghana will host South Africa on November 14 at the Cape Coast Stadium before will flying out to face Sao Tome and Principle in their Group C second game on November 17th.

The Black Stars are expected to begin training in Cape Coast from Monday November 11 2019 with the team expected to hold one training session a day.

Below is the 23-man squad to face South Africa and Sao Tome and Principle: