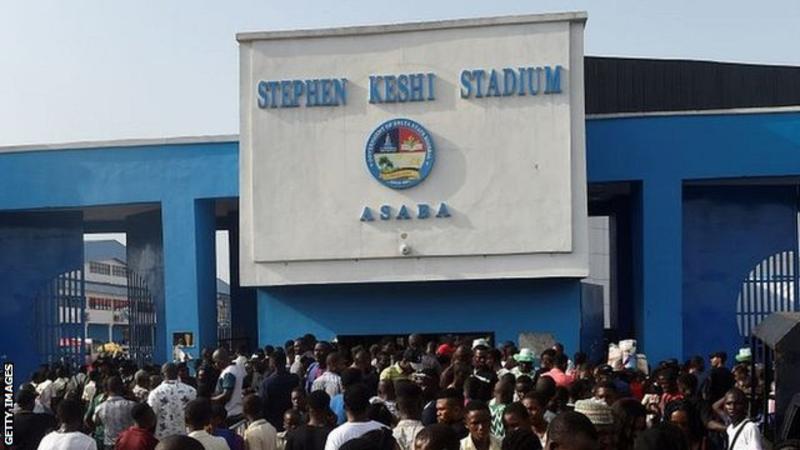 The Stephen Keshi Stadium in Asaba, southern Nigeria will host next month's 2021 Africa Cup of Nations qualifier against Sierra Leone.

There have been suitability talks and concerns raised by some players about whether the venue will meet the Confederation of African Football (Caf) requirements to be able to hold competitive fixtures.

But the Nigeria Football Federation (NFF) has confirmed that the Group L fixture, set for 27 March, will take place at the ground named after the country's most successful coach, Stephen Keshi.

"We have finally settled for the Stephen Keshi Stadium, Asaba for the qualifying match against Sierra Leone. The match will be played on Friday, 27 March 2020," NFF general secretary, Mohammed Sanusi, said in a statement.

It has previously hosted the West African nation's friendly fixtures against Uganda, Egypt and Zimbabwe, as well as their 2019 Nations Cup qualifying win over Seychelles en route to last year's continental showpiece.

Three-time champions Nigeria host bottom side, the Leone Stars, in back-to-back games in March, with the reverse fixture scheduled for the Siaka Stevens Stadium in Freetown.

The Super Eagles have maximum points from two matches - after wins over Benin at home and Lesotho away - to stay top of Group L.