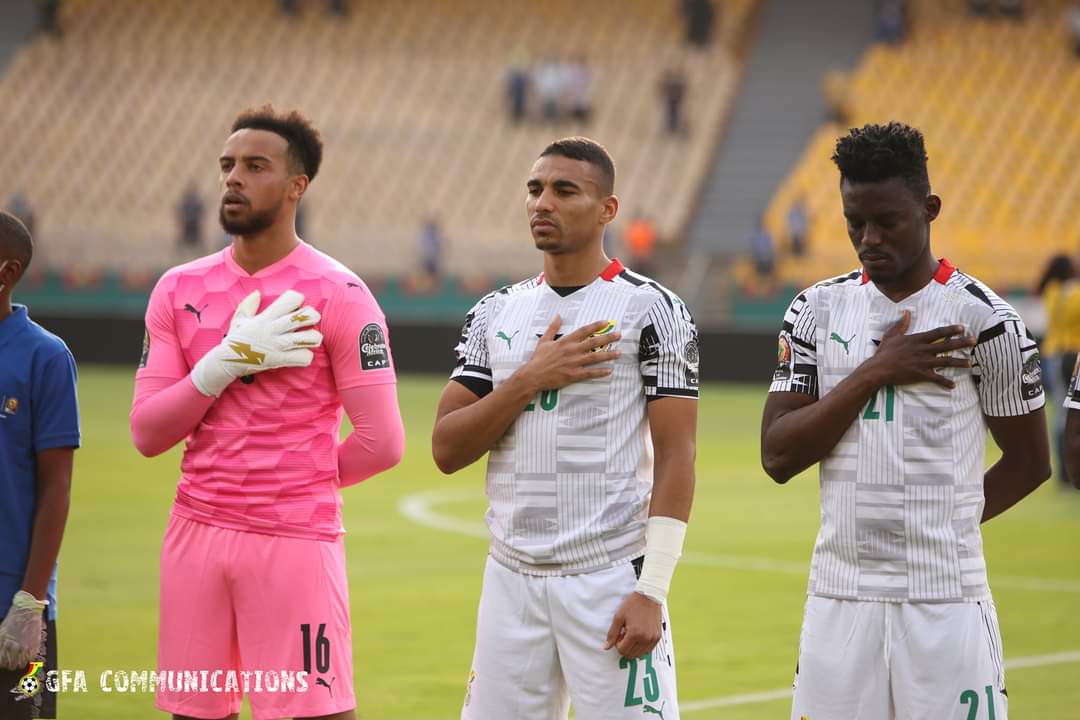 Jojo Wollacott, 6 – The Swindon goalkeeper made two saves in the game and played 17 long balls. He wasn't able to save Gabon's goal bound effort.

Andy Yiadom, 6 – He made two blocks, and two interceptions. He was also solid in the aerial duels.

Alexander Djiku, 7 – He had no yellow cards today, the central defender made two clearances, two blocks, and five interceptions.

Daniel Amartey, 6 – Playing alongside Djiku the Leicester defender made five clearances this evening.

Thomas Partey, 6 – He assisted Ghana's goal this evening. He made two key passes, one foul and one shot off target.

Iddrisu Baba, 6 – Substituted in the 65th minute (a possible injury) he made one clearance and one interception.

Andre Ayew, 7 – The captain scored Ghana's goal very early in the first half. He made one clearance and won all the ground duels.

Kamaldeen Sulemana, 6 – The Rennes attacker had little impact this evening. He made one key pass, and was substituted in the 61st minute.

Jordan Ayew, 7 – He was successful in all his dribble attempts against Gabon. He made one key pass, one long ball and one shot off target.