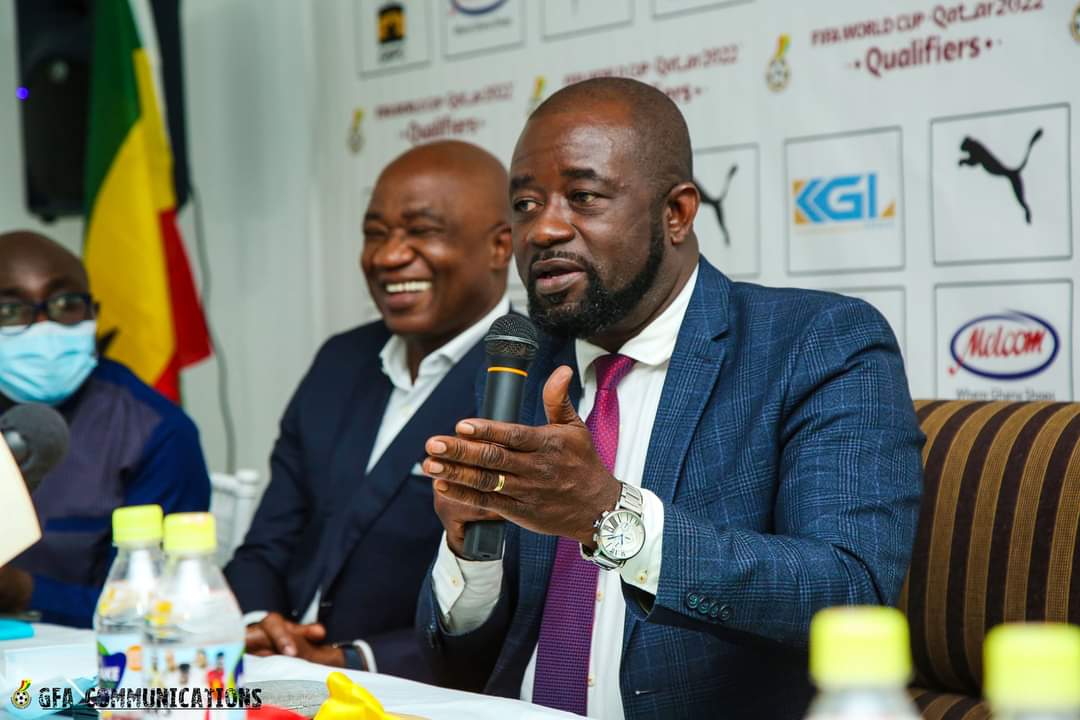 President of the Ghana Football Association [GFA], Kurt Okraku has lauded the players for their commitment despite failing to achieve their target at the ongoing 2021 Africa Cup of Nations [AFCON].

The four-time African champions who were chasing their fifth continental title failed to even progress from a group that had Morocco, who have been crowned champions once, Gabon, and debutants Comoros.

Black Stars lost their opening game against Morocco before drawing with Gabon and shockingly lost to debutants, Comoros by 3-2 in the final Group C game.

Following the horrendous performance in Yaounde, there have been calls for some not to be included in the team going forward, but Okraku has jumped to their defence.

“Each one of the 28 players went into the preparatory period and this tournament with a clean heart, with the heart to support and fight for Ghana,” Okraku told TV3 on Thursday after Black Stars arrived at dawn.

“These players for the first time never spoke about money. I have not been part of the national team before, this is my first time but this is a group of dedicated players who never spoke about money. They never discussed money, they wanted glory for our dear country but the glory didn’t come. That’s why I keep saying that we need to support this group of players because they are very, very dedicated.

“They went through pain to make themselves available to the technical team for selection. It didn’t work, that’s why they share in the pain of Ghanaians. But that’s why we also have to support them to be able to bring their minds and body back together again to represent our country. They are the best we have,” he concluded.

Black Stars now awaits their 2022 World Cup playoffs opponent. The draw will be held Saturday, January 22 when the draw is conducted.