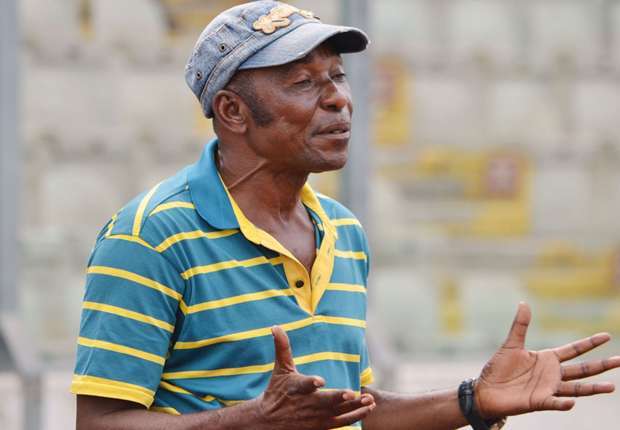 A former coach of Asante Kotoko, Josef Emmanuel Sarpong, has implored the team's technical handlers to consciously work on the confidence of the players to develop a winning mentality ahead of their CAF Confederation Cup return leg clash away to Algerian side, ES Setif on Sunday.

He also wants Kotoko's attack to be very sharp and get an early goal to boost their confidence as they seek to snatch a famous away victory from the pre-match favourites.

On Sunday, February 14, the Algerians stunned Kotoko with a 2-1 victory at the Accra Stadium to give them a huge advantage when they host Kotoko at the Setif stadium, but Coach Sarpong believes that with strong self-belief and motivation, the Ghanaian side still have a good chance to turn the tide around.

“Self-motivation is important in every sports discipline. The Kotoko coach should build on this principle to achieve results. If the desire to win at all cost is not there, the team cannot turn things around in Algeria,” advised Coach Sarpong.

He explained to the Daily Graphic that the return encounter would not be easy for Kotoko, but just as Setif defeated Kotoko in Accra last Sunday, his former club are capable of achieving a similar result in Algeria to progress to the group stage of the competition.

"On Sunday Kotoko played one of the most classic games in recent times, but could not convert the goal-scoring opportunities. In Algeria, they should do everything to score an early goal to unsettle Setif, and if they succeed in doing so, Kotoko can find their rhythm to  win the match.”

Explaining further, the veteran coach who stepped in as caretaker coach for the late Sam Arday (when he led Ghana's Black Meteors at the Barcelona '92 Olympics) and guided Kotoko to win the First Division league in 1992, noted that Setif had built a reputation of scoring most of their goals in the second half, so it is important that Kotoko scored an early goal to unsettle the hosts and build the momentum to score more goals if they were to progress beyond this stage.

While lauding the general performance of the Porcupine Warriors, Sarpong expressed misgivings about the team's tactical approach which allowed Setif to overturn a goal deficit to win the match.

“For once, I will praise Kotoko for their resilience in playing one of their best ever games against ES Setif. But tactically, Setif were shades above Kotoko. They allowed Kotoko to play in the first half, making sure they did not concede and coming back to register the all-important win.

"Kotoko’s inability to score even a penalty awarded them place them in a very tight corner against Setif in Algeria.”

He was of the view that the highly tactical game played by Setif, coupled with the first leg win, gave them the edge at home, even though Kotoko could find the motivation and mental toughness needed to turn things around.

“It is a daunting task, but if they can be sharper in attack, it might help them because goal-scoring has been the bane of the team until their recent game against Karela.

"Also, the midfielders need to have a strong mentality while doing the high pressing not to lose balls because all is not lost yet," he advised.