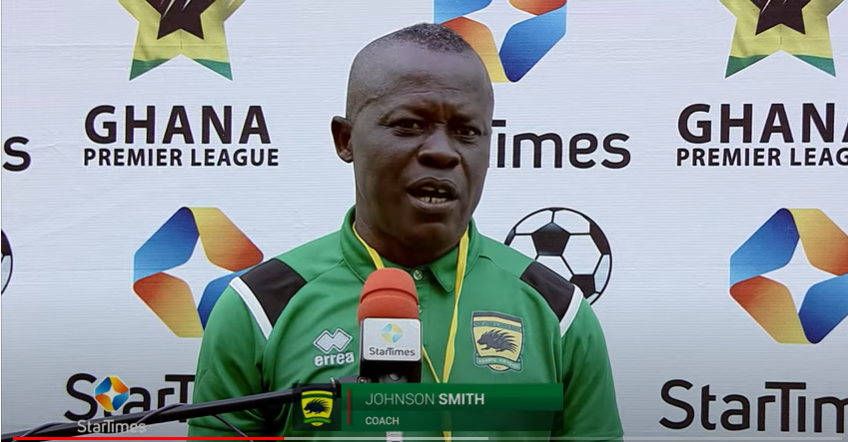 Asante Kotoko interim coach, Johnson Smith, has lauded the tactical discipline of his team in their 1-0 win over Ebusua Dwarfs on Wednesday.

Christopher Nettey scored his first goal of the season for the Porcupine Warriors in the 70th minute to seal all three points  in their Ghana Premier League matchday seven outstanding match.

The record league champions are now just a point behind leaders Karela United after nine matches played this season.

"We were tactically disciplined and that is why we won and kept a clean sheet too. We were looking for the win and we have it," coach Smith said after the game.

"The most important thing is the victory and we managed to prevent them from scoring," he added.

Asante Kotoko have now extended their unbeaten run in the league under coach Johnson Smith to five games.