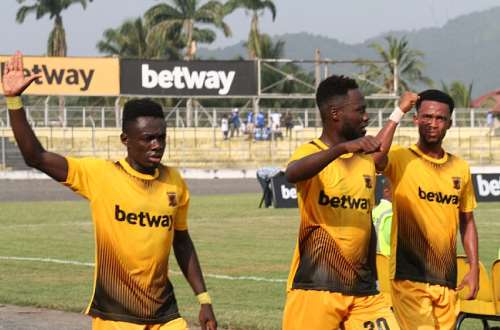 AshantiGold brought an end to their three-game losing streak by clinching a 1-0 victory over Ebusua Dwarfs at the Len Clay stadium on Sunday afternoon.

The Miners got their goal through Kwadwo Seth Osei in the second half. Before the match, they had only won once in their last five games, losing four.

The two teams created some opportunities to score in the first half but none found the breakthrough in the end. In the second half, the situation was different for the hosts.

Seth Osei got an opportunity just six minutes before the hour mark and made it count with a brilliant finish. His team held on to secure the victory.

AshantiGold are now 10th on the log and Ebusua Dwarfs are 12th.