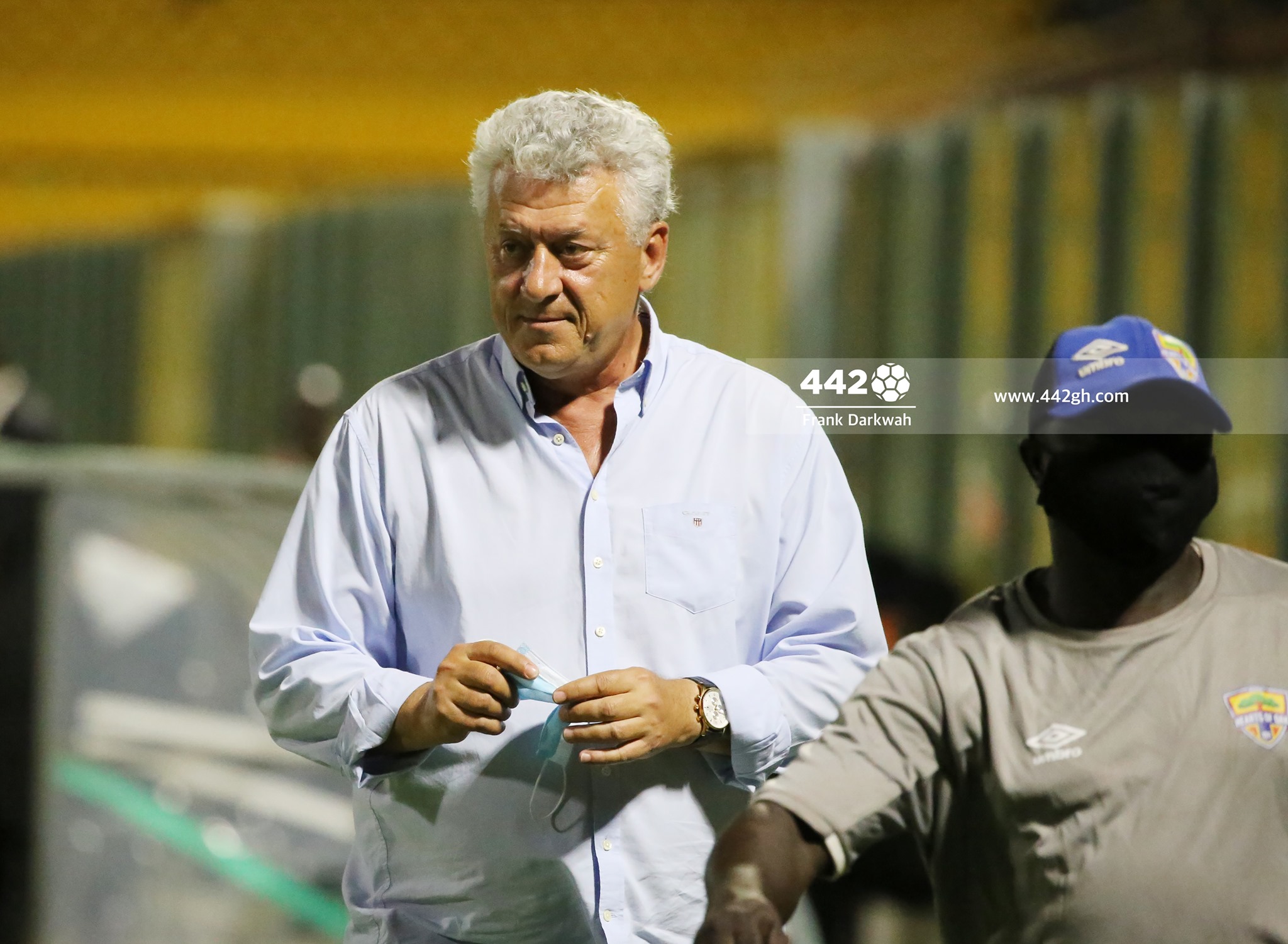 Hearts of Oak coach Kosta Papic has expressed his disappointment in the performance of his players in their goalless draw against Berekum Chelsea in the Ghana Premier League on Saturday.

The Phobians produced an unconvincing display as they picked up a point in their matchday 10 encounter in Berekum to move to 2nd on the league table.

Speaking after the game, coach Papic questioned his players enthusiasm as believes he didn't want to win the game.

“We tactically changed something because of the ground and the way we play. But that is not the factor, it looks like my players didn’t want to win this match,” he said in a post match interview.

“I don’t know what happened but we will have to talk about it, because it looks like they are happy to play draw, which is not right. If you want to win the league you have to win these matches.

“Like I said we are going to talk. The pitch gave us some problem but our opponents used it too so it means it not an excuse. I am not happy at all.”

Hearts of Oak are unbeaten in their last five games and have lost only once since Papic took over.