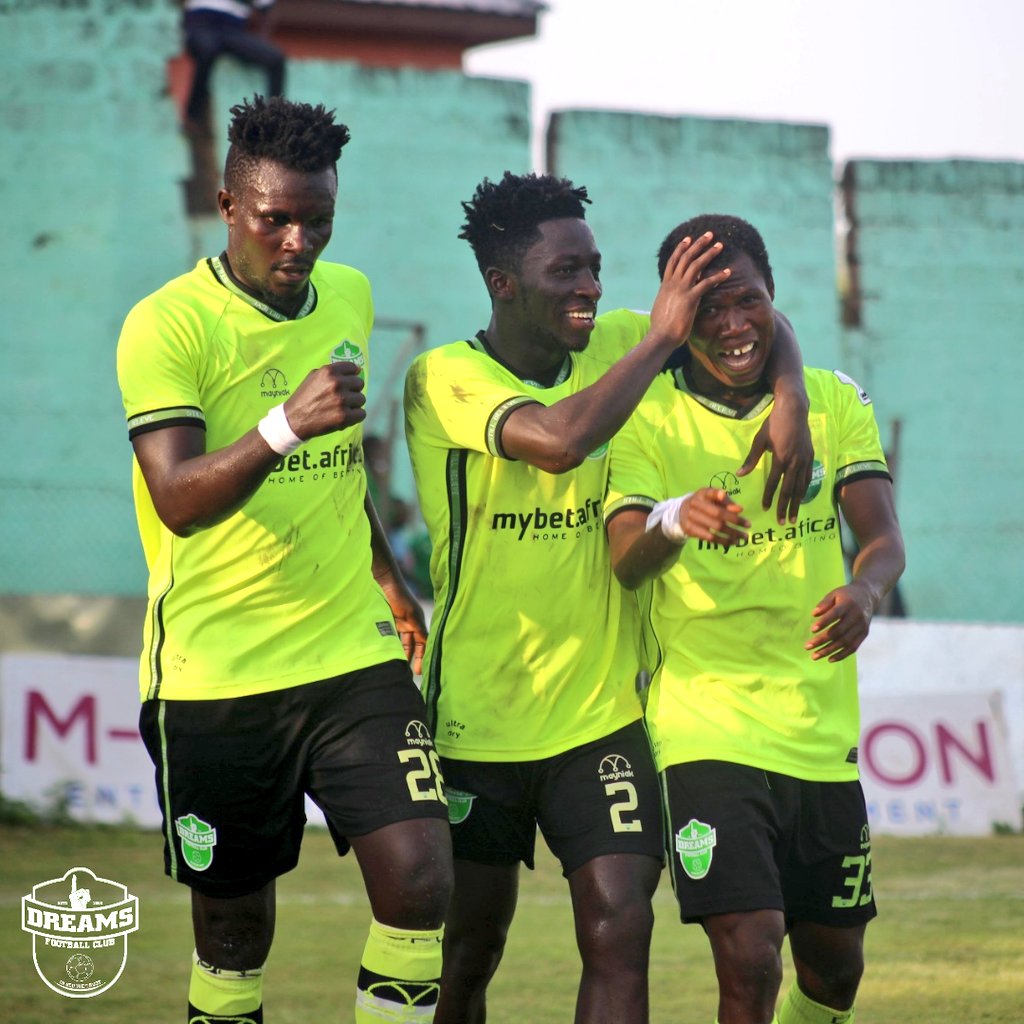 Dreams FC managed to get back to winning ways after clinching a labored 2-1 victory over Bechem United at home on Sunday.

After drawing 1-1 with Ebusua Dwarfs in the previous game, Dreams FC needed a victory to keep their top four hopes alive and they came through.

The Still Believe boys needed just 32 minutes to break the deadlock. Ali Huzaf was the goalscorer on that occasion. But, eight minutes later, Bechem United got an equalizer thanks to a goal from Charles Mensah. The two teams went into the half time break on level terms.

In the second half, Dreams FC were the better team and it later reflected on the scoreline. Ali Huzaf was there once again to tuck his opportunity home. This time, he did it from 12 yards following a penalty which was awarded to his team.

Dreams FC are currently 6th on the league log with 41 points and their opponents have dropped to 10th with 33 points.