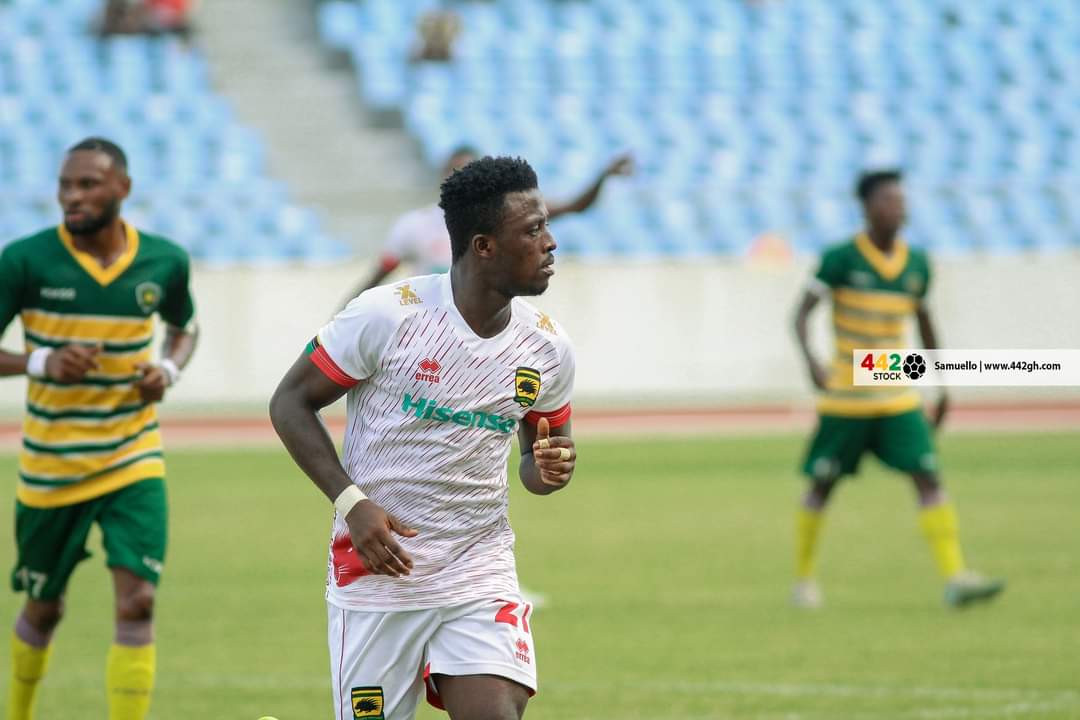 Asante Kotoko left-back Patrick Asmah is elated after his assist ensured a 1-0 victory over Ebusua Dwarfs in match day nine of the Ghana Premier League.

Asmah's primary position is at left back, but his attacking instincts and powerful left foot has made him an option on the flanks. He's been deployed in attack against Dreams, Inter Allies and Ebusua Dwarfs so far this season.

At the Cape Coast Stadium, right-back Christopher Nettey broke the deadlock to put Asante Kotoko 1-0 up after pouncing on to Patrick Asmah’s cross to power a low header into the net from close range.

The left back believes he can contribute more at the offensive side of the game.

"It wasn't an easy game in Cape Coast, but we showed great resilience and ambition in attack. I'm extremely happy I was able to assist for the win."

"After the draw against WAFA last week, we needed to bounce back with win, and we should great team effort.

He added, "I love to attack with a lot of crosses , and shoot from long range, so I'm not surprised the coach has pushed further forward."

"Hopefully I will register more assists in subsequent matches."

Patrick Asmah joined Kotoko in October last year, after enjoying stints with Serie A side Atalanta and FK Senica in Slovakia.