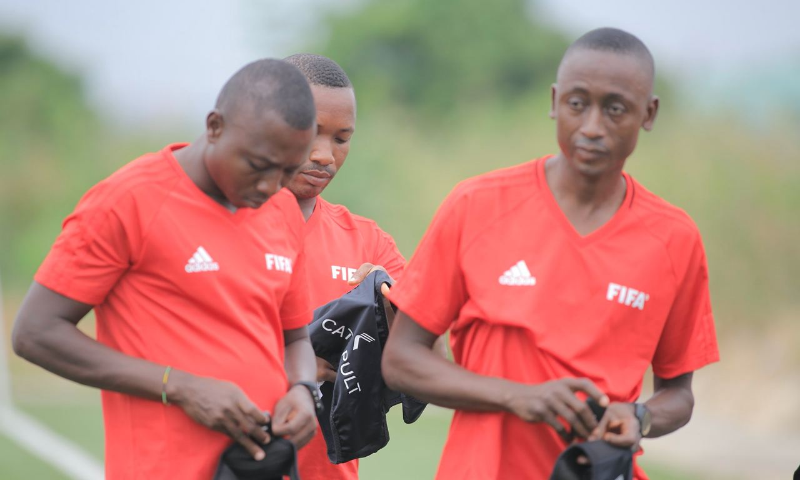 The Match Review Panel of the Ghana Football Association received a complaint on the Ghana Premier League Match day 15 game between Karela United and Liberty Professionals.

According to the complaint, the referee awarded a penalty in the 85th minute of the match in favour of Liberty Professionals. However after series of consultations with his colleague officiating officials he changed his earlier decision from penalty to a NO FOUL.

The Panel found that during the consultations, the entire players of Liberty Professionals including the goalkeeper who is the captain were in the penalty area of Karela FC to find out the final decision of the referee.

After watching the video, the Match Review panel found that the goalkeeper of Karela made contact with the ball and not the attacker as such there was NO FOUL which called for a penalty. The referee after taking the penalty, later changed it to a drop ball.

The Panel also observed that the Match Officials for the game on that day did not handle the 85th minute incident professionally and per the dictates of the Laws of the Game their decision and indecisions ended the match abruptly.

The Match Review Panel therefore recommends that Referee Abdul-Latif Qadir should  be suspended for the rest of the Premier League season.

Assistant Referee 2 Richard Appiah is hereby commended for his timely intervention of a NO FOUL decision which abated a possible disaster.