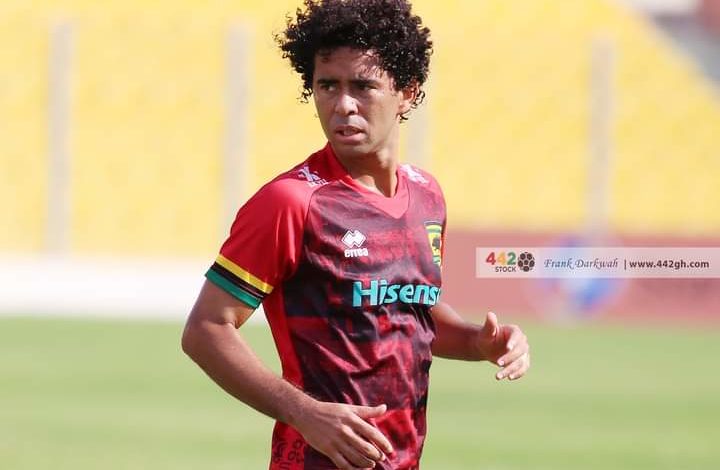 Gama lasted for 68 minutes before being replaced as the Porcupine Warriors sealed all three points in the outstanding matchday seven fixture at the Cape Coast Sports Stadium.

Thompson had played down the 28-year-old's quality before the game, describing the midfielder as "just a normal player".

"The kitchen was too hot for Gama and you saw it. That is why he was taken off. I said it before the game and I'm justified," coach Thompson said after game, as reported by Footballmadeinghana.

"Before the game, I said that we were going to neutralize some of their players and you can see that Kwame Poku was a passenger in the game.

"We took our legs off the pedal and they took advantage of it to punish us. But in all, my boys did well. Everyone saw it.

"I am very proud of my boys. They performed well but we lost at the end. But I am happy with the performance."

Gama joined Kotoko in a two-year deal in October, making his full debut in a 2-0 victory over Liberty Professionals earlier this month.