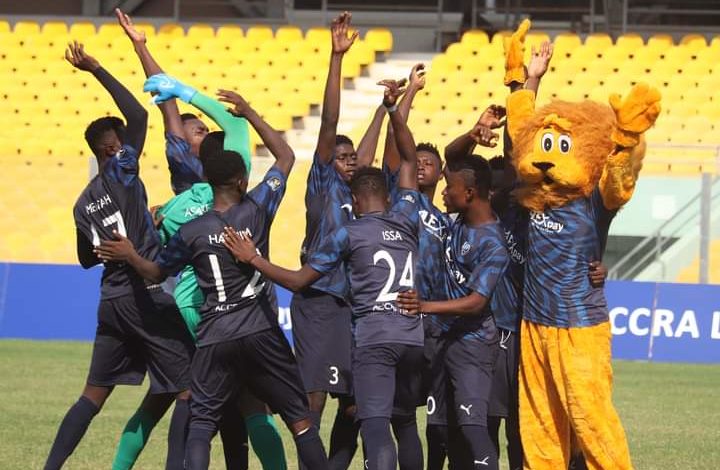 There will be loads of action this weekend in the Ghana Premier League when the recently started season continues.

After the first two rounds of games, the league campaign will enter matchday three this weekend.

The first game of the matchday is the clash between Accra Lions FC and Tamale City FC.

The hosts will welcome the newcomers to the Accra Sports Stadium on Friday afternoon in a game that should provide a lot of excitement for fans.

Accra Lions go into the contest on the back of one win and one defeat from the first two games.

Last weekend, the team shocked Karela United with a resounding 2-1 win to amass the first three points of the season.

For the opponent, Tamale City FC are two defeats from the first two matches of the season.

As the new Ghana Premier League club battles early relegation, the team has prepared well this week and will be aiming to see off Accra Lions.

Daniel Awuni – The Accra Lions FC teenager was a joy to watch last weekend. Just 16 years of age, the talented attacker dazzled and caused all sorts of trouble for Karela United. He netted the winning goal to earn his team the maximum points.

Should he start for Accra Lions this weekend, he will be the game changer for the team once again.

In a game where Accra Lions will be playing at home, the team goes into the game as the favourites. While Tamale City FC will present a tough test, the host should record a narrow 1-0 win in the end.

The game between Accra Lions and Tamale City will be played on Friday afternoon at the Accra Sports Stadium. Kick off is at 15:00GMT.