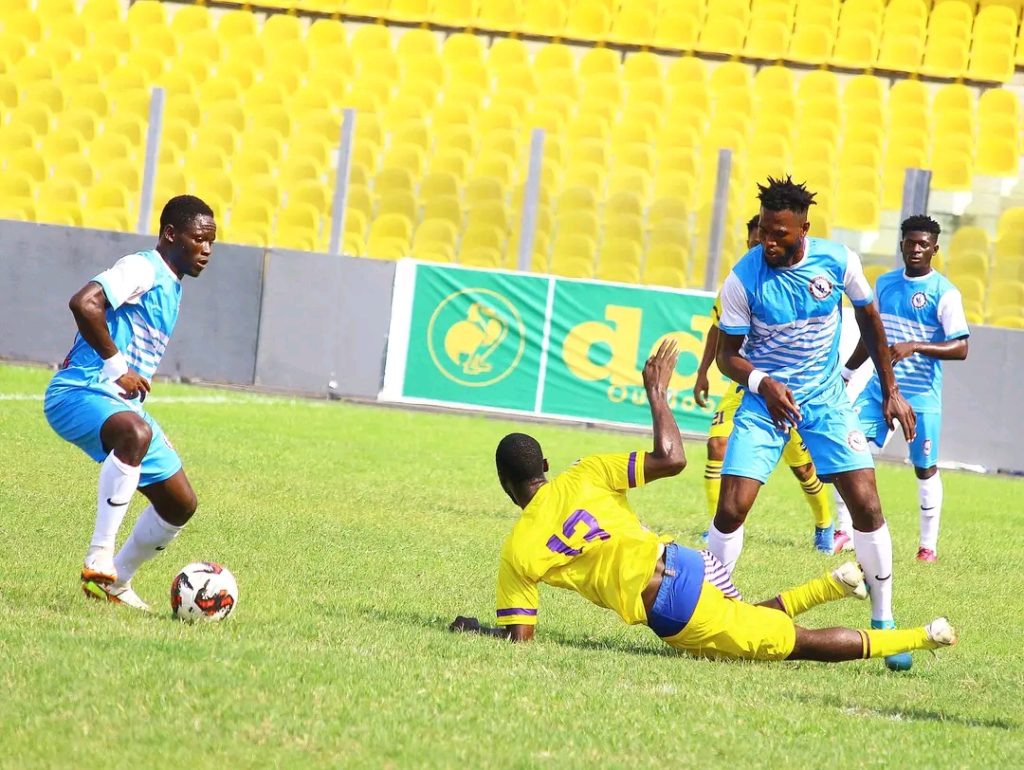 There will be loads of action this weekend in the Ghana Premier League when the recently started season continues.

After the first two rounds of games, the league campaign will enter matchday three this weekend.

Following Asante Kotoko’s elimination from the CAF Champions League preliminary stage, all nine matches for this matchday are expected to be cleared according to schedule.

On Monday, Berekum Chelsea will host Medeama SC in the final game to cap off the matchday.

The match will be a clash between two teams yet to taste a defeat this season.

The home team, Berekum Chelsea started the campaign with a 2-0 win against King Faisal before going on to draw 1-1 with newcomers Samartex FC.

For the visitors, Medeama SC are on a winning run of two games from the two matches played. The team kicked off the campaign with a narrow win over Legon Cities FC before fighting to beat Real Tamale United 3-2 last weekend.

With both teams in fine form, the upcoming encounter has been set up for fireworks.

Kwasi Donsu – A midfielder in his own class, the Medeama SC player is one of the highly-rated players featuring in the Ghana Premier League this season. After his match-winning brace for the team last weekend, he will be the star for the Yellow and Mauve going into the Berekum Chelsea game.

The encounter between Berekum Chelsea and Medeama SC will be played on Monday, September 26, 2022.

The game will kick off at 15:00GMT at the Nana Agyemang Badu Park.