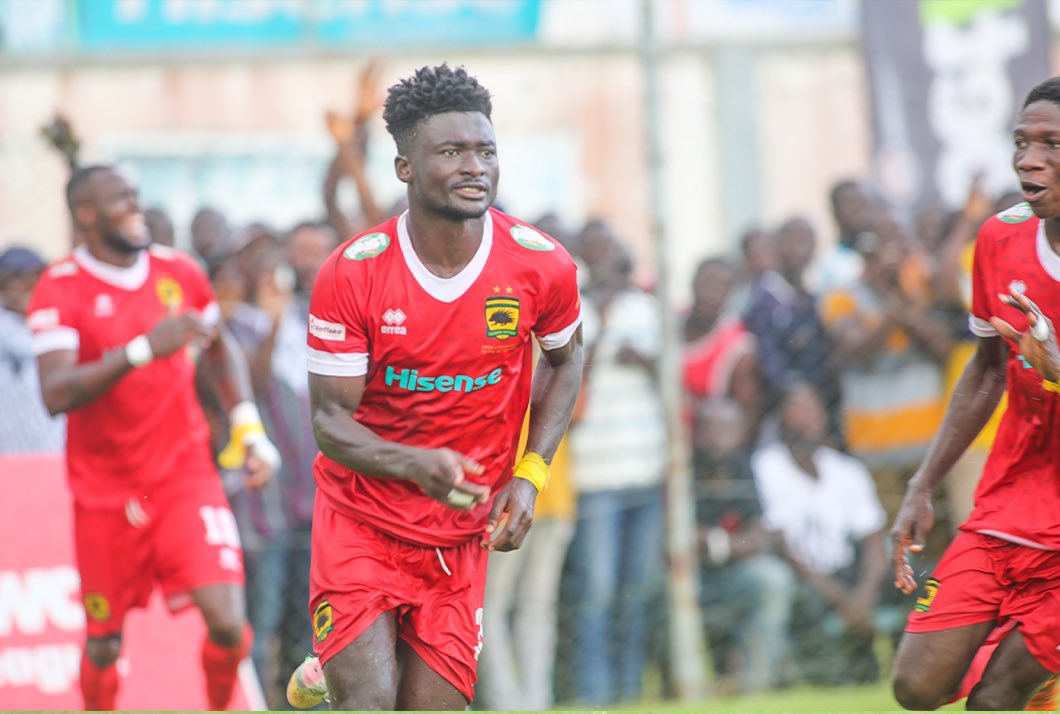 Ghanaian giants, Asante Kotoko put up a good performance on Saturday afternoon to cruise past Medeama SC with a 1-0 win.

The Porcupine Warriors today locked horns with the Yellow and Mauve outfit in a matchday six encounter of the 2022/23 Ghana Premier League season.

In the first half of many actions, both teams played well and put up a good fight but neither side could get on the scoresheet.

After the break, a strong battle ensued between the two teams as they fought for the win.

Fortunately for defending champions Asante Kotoko, the team managed to get a vital goal in the 60th minute.

In-form attacker Nicholas Mensah went on a fantastic solo run and scored with a powerful shot to the delight of his teammates at the fans.

At the end of the 90 minutes of pulsating action at the Tarkwa Akoon Community Park, Asante Kotoko bagged the maximum three points on the back of the narrow 1-0 win.

The away victory has propelled Asante Kotoko to the summit of the Ghana Premier League table.