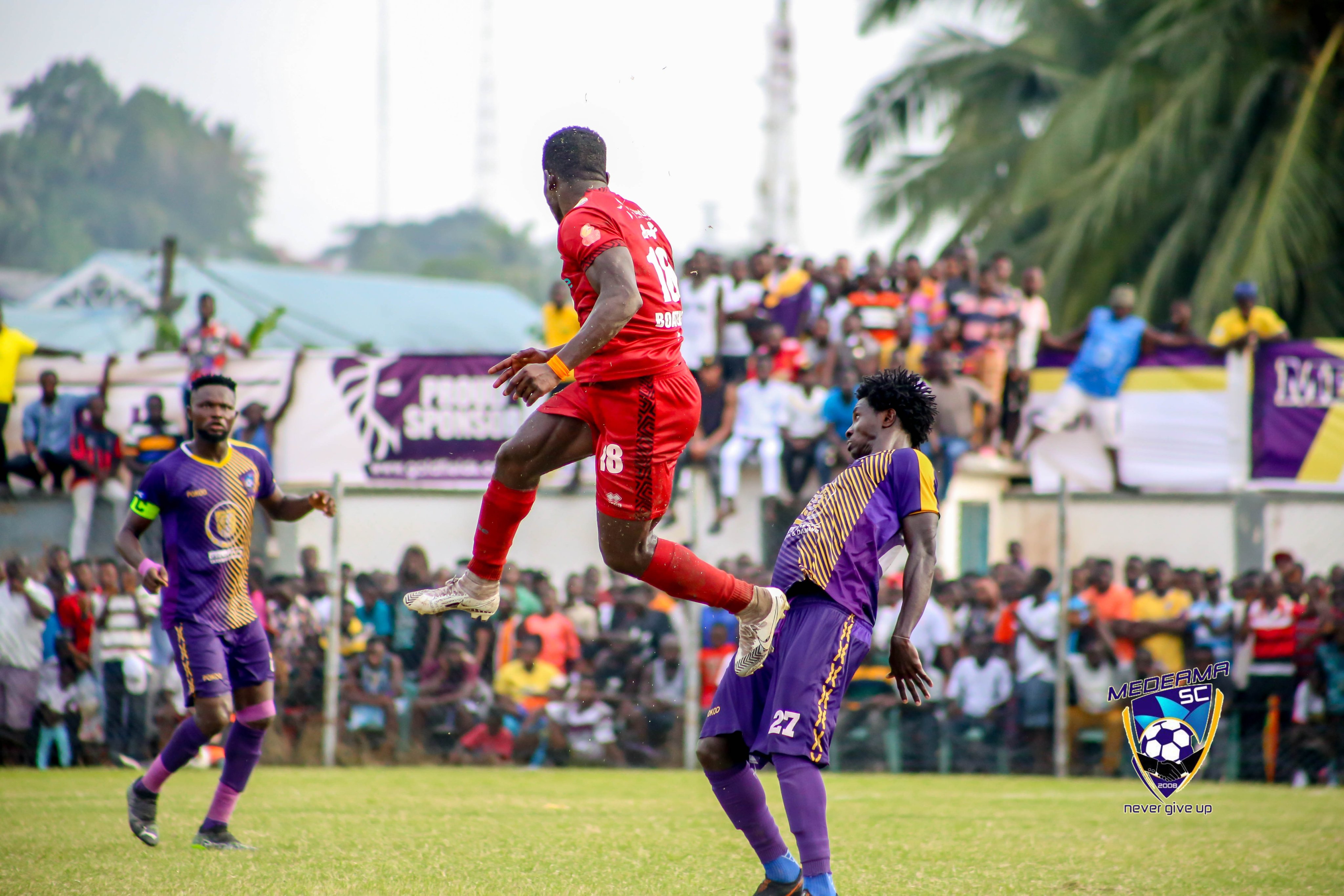 The 2022/23 Ghana Premier League season is continuing this week as the campaign prepares to break for the 2022 FIFA World Cup.

This weekend, all is clear for all nine scheduled games to be played at the designated match venues.

On Saturday, Medeama SC will be hosting Asante Kotoko in what will be the weekend’s biggest game of the matchday.

The host, Medeama SC are on a bad run of three games without a win and needs to get back to winning ways or risk falling into the relegation zone.

The poor run is disappointing especially when the Tarkwa-based club started the campaign on a good note with two consecutive wins.

Due to the bad form, Medeama SC are 12th on the Ghana Premier League table with just six points.

The opponent, Asante Kotoko have impressed this season although the team could do more.

With three wins, one draw, and one defeat, the Porcupine Warriors club are fourth on the league log and just three points behind Aduana Stars who are top of the table.

The reds appear the stronger side and hope to return from the trip with a win.

Courtesy of Medeama SC’s poor run in the last three games, it looks unlikely for the team to win this tough clash.

Asante Kotoko stands a better chance of 65% and may outplay and score the hosts in 90 minutes.

The encounter between Medeama SC and Asante Kotoko will be played at the Akoon Community Park on Saturday afternoon.