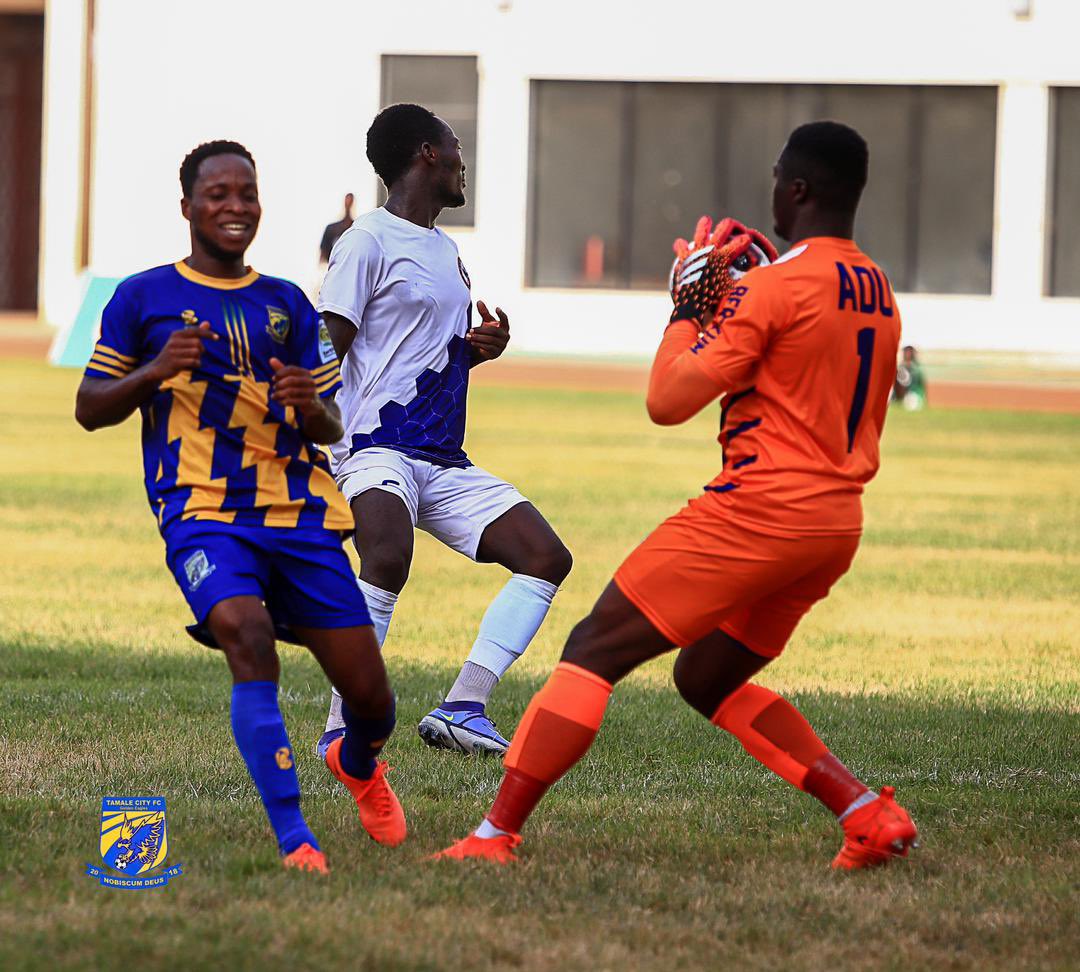 The clash between Tamale City FC and Berekum Chelsea on Friday afternoon ended in a pulsating stalemate.

The team from Tamale today hosted the Berekum-based club in a matchday 6 encounter of the 2022/23 Ghana Premier League season.

Following a very good start to the contest, Kalo Outtara equalized in the 15th minute to give Berekum Chelsea the lead.

While it appeared the visitors would run away with the win, Tamale City FC fought back to restore parity through Raphael Essien before the first-half break.

After recess, a strong display from the home team saw the side scoring again through Isaac Mensah to take the lead for the first time in the game.

Unfortunately, Tamale City FC also could not hold on to the finish line. Eventually, the contest ended in a 2-2 draw as both teams earned a point each for their efforts.