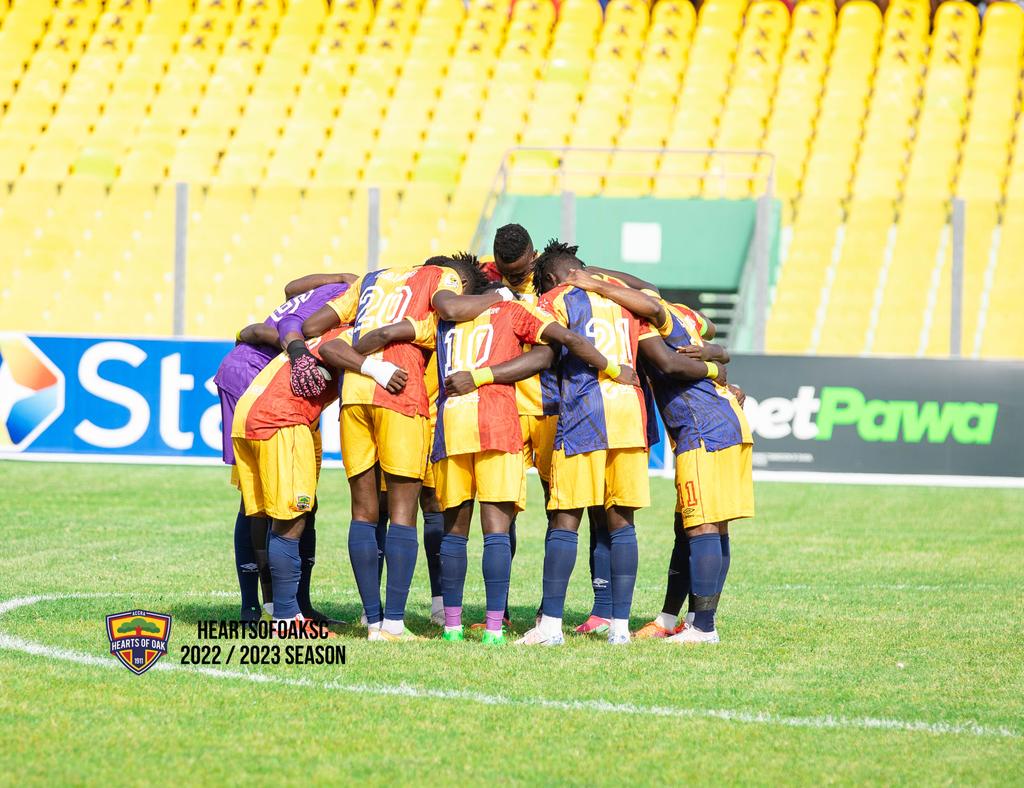 Hearts of Oak on Thursday afternoon labored with 10 men to cruise past Accra Lions with a 3-1 win in the Ghana Premier League.

The Phobians today locked horns with their capital rivals at the Accra Sports Stadium to battle for points on matchday seven of the 2022/23 Ghanaian top-flight league campaign.

Today, although Hearts of Oak did not have a good start, the team managed to grow into the game as the contest progressed.

In the 22nd minute, highly-rated Gladson Awako pulled a rabbit out of a hat when he fired an unstoppable shot from distance.

His effort went straight into the back of the net of Accra Lions as the goalkeeper watched on helplessly.

While that goal would send the visitors into the break with a deserved lead, the team unfortunately had been reduced to ten men after a red card was shown to the goal scorer.

Regardless, Hearts of Oak needed just three minutes in the second half to increase their lead.

Salifu Ibrahim stepped up to take a penalty kick and converted from 12 yards to give his team a 2-goal lead.

Although Seidu Bassit would score in the 79th minute to half the deficit for Accra Lions, Hearts of Oak secured an eventual 3-1 win thanks to a late strike from Benjamin Yorke.