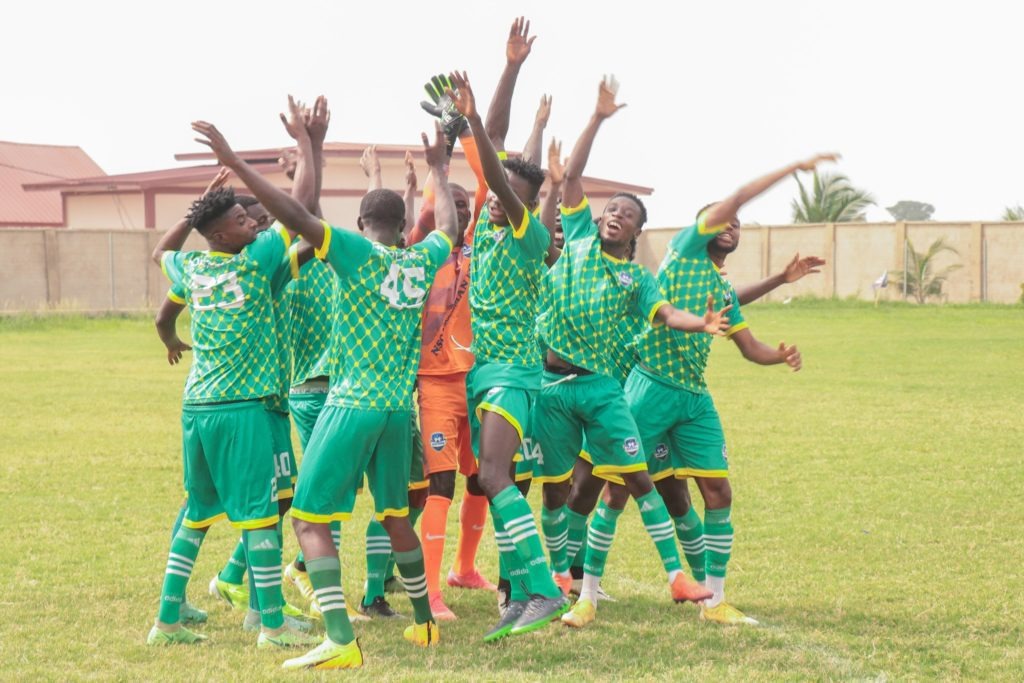 Nsoatreman FC have continued the team’s decent start to the new Ghana Premier League season with another win on Wednesday afternoon.

The Premier League newcomers today hosted their matchday seven opponent and played very well to run away with the maximum points.

On the matchday, both teams put up a good performance in the first half but neither side could get on the score sheet.

Unfortunately for Tamale City FC, the team was reduced to 10 men in the 54th minute when Collins Boateng was sent off after he was shown a red card.

Taking full advantage of the situation, Nsoatreman FC dominated the game from that point and had the breakthrough in the 68th minute.

Attacker Baba Mahama was presented with a good chance and made no mistake as he scored with a fine effort to give Nsoatreman FC the lead.

Courtesy of the victory, the club is now 5th on the league table. Meanwhile, Tamale City has sunk to the bottom of the Ghana Premier League standings.