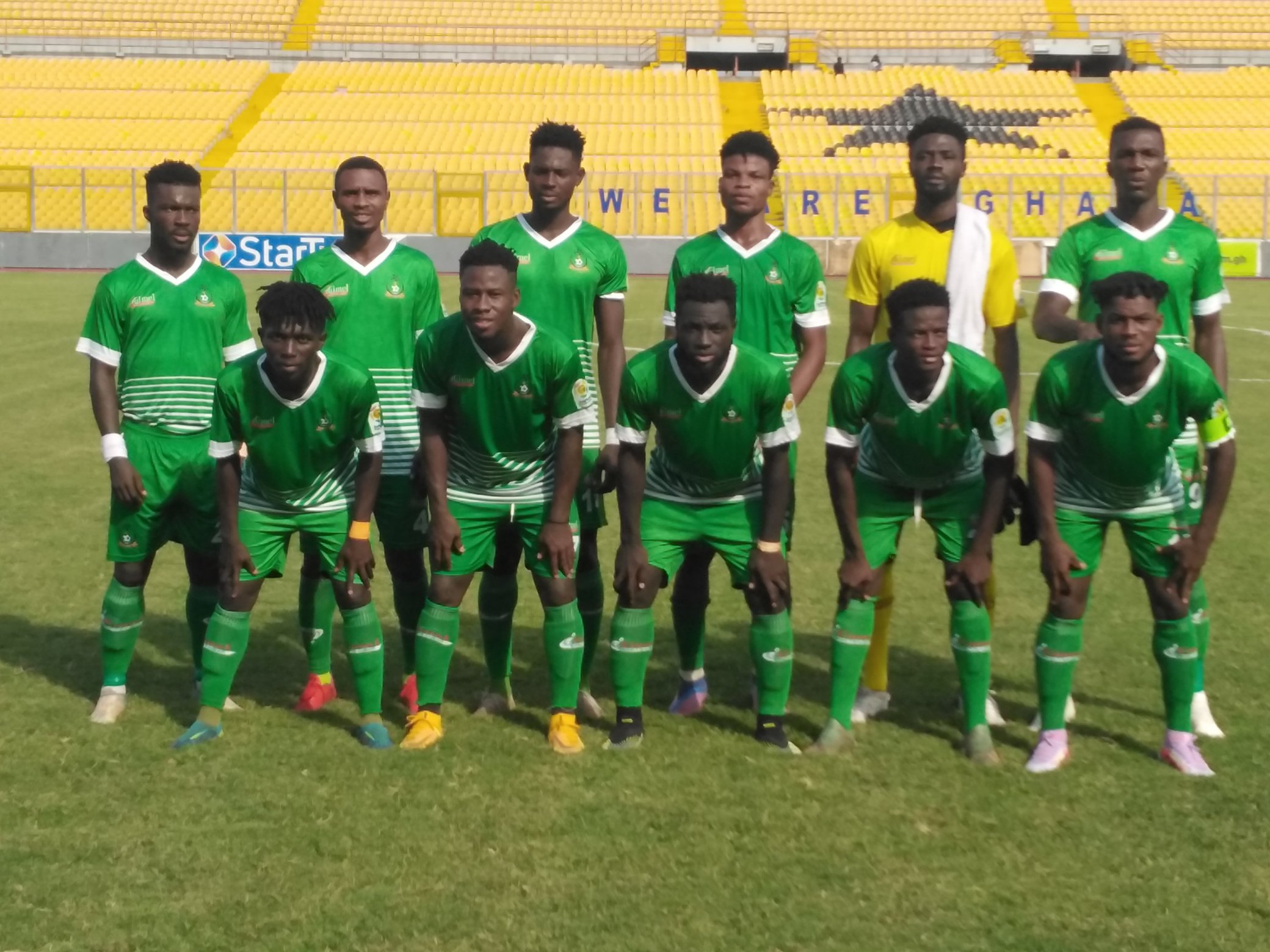 King Faisal have won three games in a row in the Ghana Premier League following a narrow 2-1 win against Accra Lions on Sunday afternoon.

The home team since the start of the season has struggled to compete but came good in the last two games.

On the back of two important wins consecutively, King Faisal set up strong today in hopes of making it three.

Courtesy of a top performance, the team had a 1-0 lead against Accra Lions at halftime when Samuel Adom Antwi scored in the 37th minute.

Three minutes after recess, the hosts scored a second to increase their lead thanks to a strike from experienced striker Abednego Tetteh.

Now in control of the match, King Faisal dominated the play and pushed for a third goal.

However, it was the visitors who got the next goal. Accra Lions pulled one back through Frederick Asante but the team could not complete a comeback and suffered a 2-1 defeat at fulltime.

The result has lifted King Faisal out of the relegation zone of the Ghana Premier League standings with Accra Lions still third on the log.