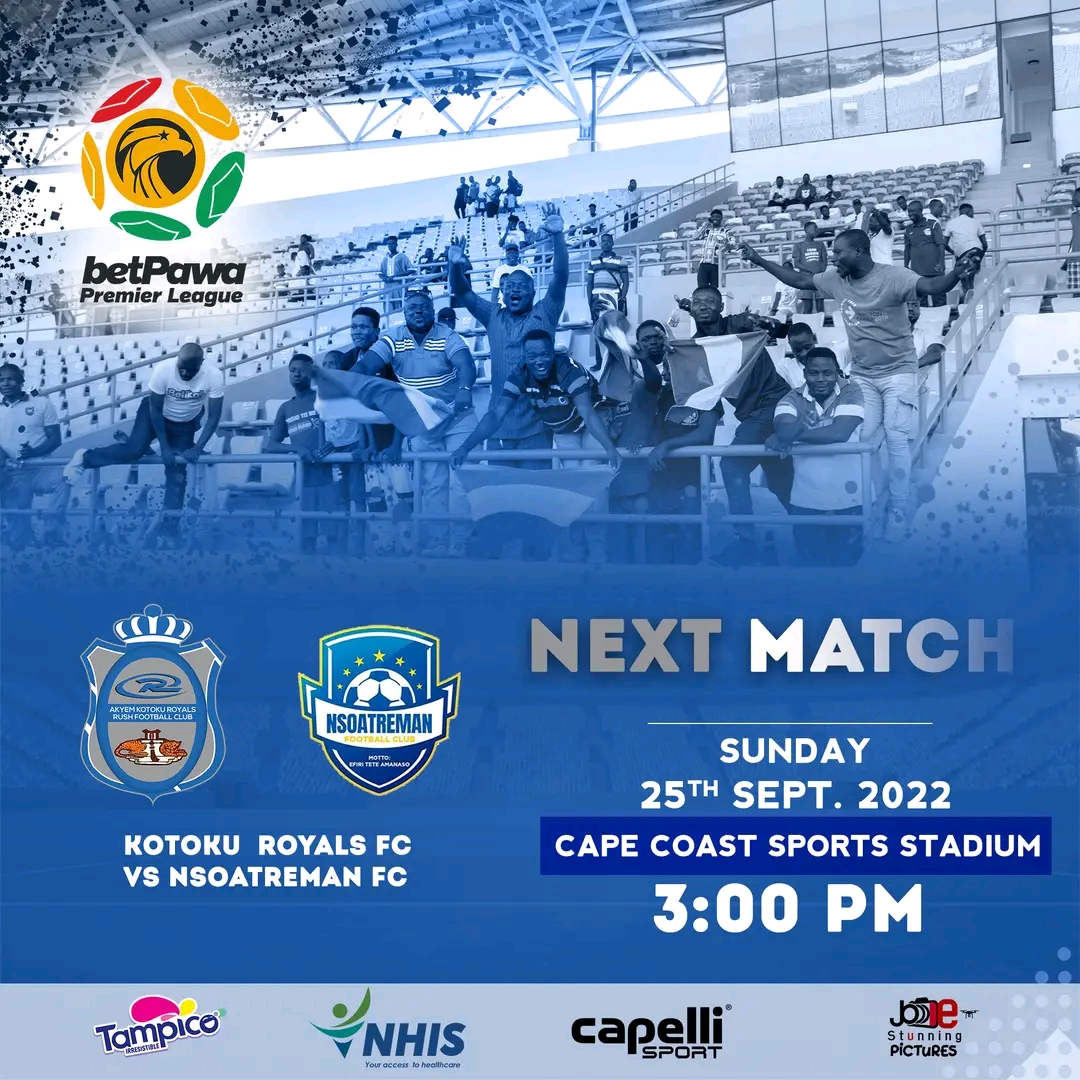 Kotoku Royals will host Nsoatreman FC in a match week 3 encounter on Sunday afternoon at the Cape Coast Sports Stadium.

Both teams are newcomers in the 2022/23 Ghana Premier League. They have not yet settled into the league and will be hoping to start gaining positive result and climb the league table.

Kotoku Royals last game in the league ended in a 1-0 defeat at Dreams FC (Huzaf Ali scored for Dreams) while Nsoatreman won their first game in the top flight against Bibiani Gold Stars.

Samuel Ofori of Nsoatreman FC is the player to watch in this encounter.

Predicted scoreline: 1-0 Nsoatreman FC will take all three points back home. They will use their win against Gold Stars as motivation.