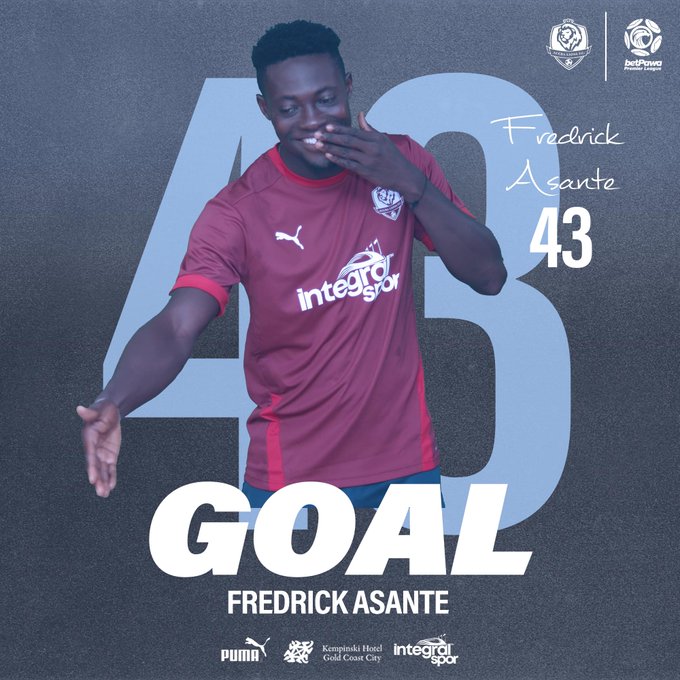 Accra Lions continued their impressive start to the 2022/23 Ghana Premier League season with a hard-fought 1-0 away win over Bechem United on match week six.

Fredrick Asante's lone strike in the 44th minute of the game was enough to seal all three points for the Accra-based side at the at Nana Gyeabour‘s Park on Sunday.

The win lifts Accra Lions to the summit of the league table with 15 points, two points above second-placed Asante Kotoko who defeated Medeama 1-0 in Tarkwa on Saturday.

Bechem United began the game on a high and came close to scoring twice, but Accra Lions goalkeeper Andrews Owusu pulled off incredible saves to keep the scoreline goalless.

Few minutes to the end of the first half, Hagan Frimpong found Asante, who made gave the visitors a 1-0 lead.

After the recess, Bechem United piled more pressure but could not find the equaliser.

Accra Lions held to secure their fifth win in a row.