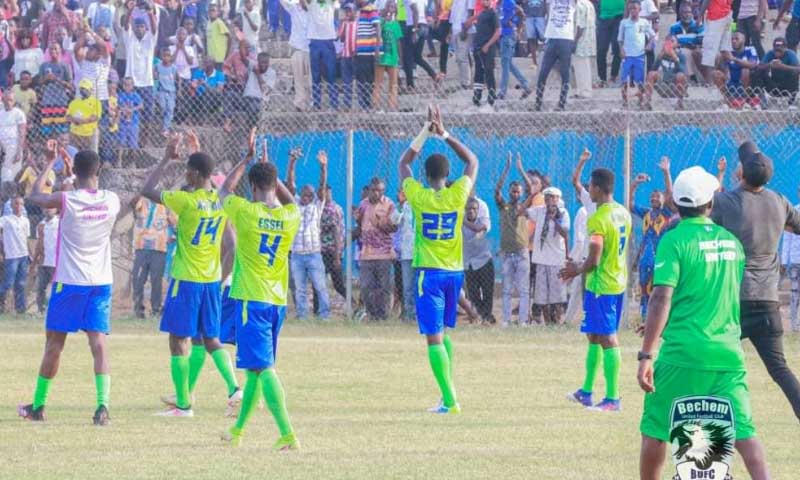 On Sunday afternoon, Bechem United beat Nsoatreman 3-o. The home side entertained supporters at the Fosu Gyeabour Park with a beautiful display very early in the game.

Nsoatreman FC struggled to take control of the game in the first 45 minutes.

Nsoatreman after halftime tried to attack and get a goal but their effort in the 55th minute went wide.

The visitors made two changes to their lineup Kpodo Bernard and Sule Musah came in for Walid Neymer and Fredrick Boateng respectively.

The game ended 3-0 and the home team enter the World Cup break with a win while the visitors take nothing home.

Bechem United will play Tamale City in their next Ghana Premier League game while Nsoatreman FC will take on Accra Hearts of Oak. The matchweek nine games will be played after the 2022 World Cup.