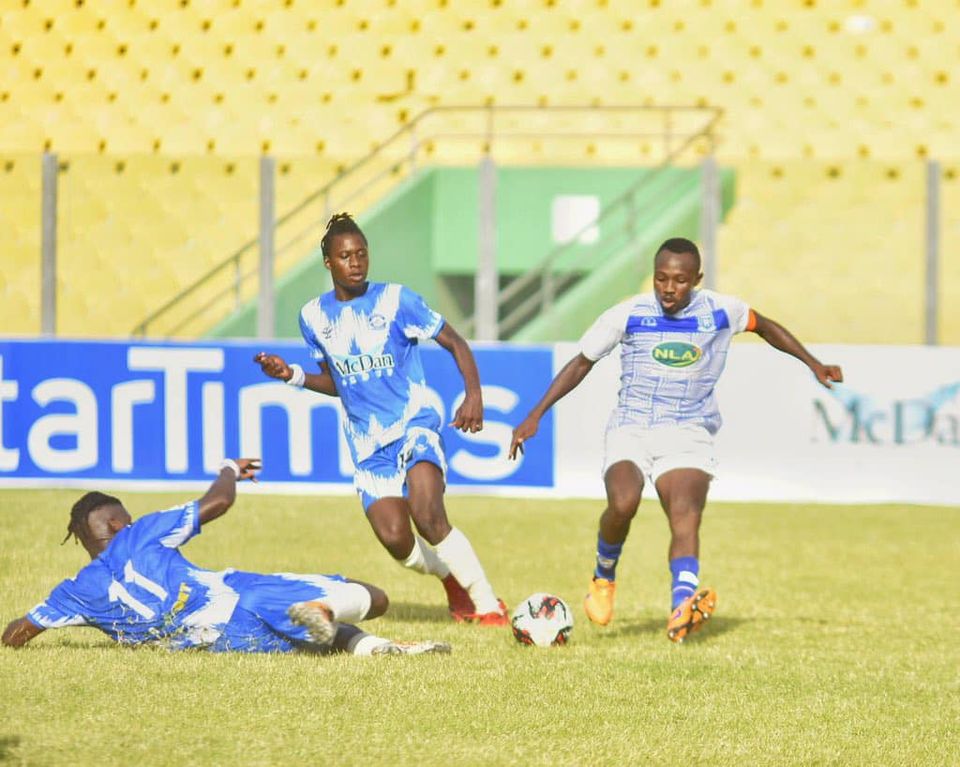 Berekum Chelsea's win over Great Olympics on Sunday afternoon at Dormaa marked the end of the Blues' winless run against the Dade boys.

The game's only goal was scored by Afriyie Mezack, who outperformed the opponent's goalkeeper.

Chelsea entered the game with a losing record in their previous four games and was undoubtedly under pressure to turn things around.

The 19-year-old provided his team with the lead in the 32nd minute since they were the superior team in the first half.

The Dade boys before the game had managed four wins, two draws, and one defeat after seven matches into the campaign.

Berekum Chelsea will play Asante Kotoko in their next Ghana Premier League game while Accra Great Olympics will take on Aduana Stars. The matchweek nine games will be played after the 2022 World Cup.