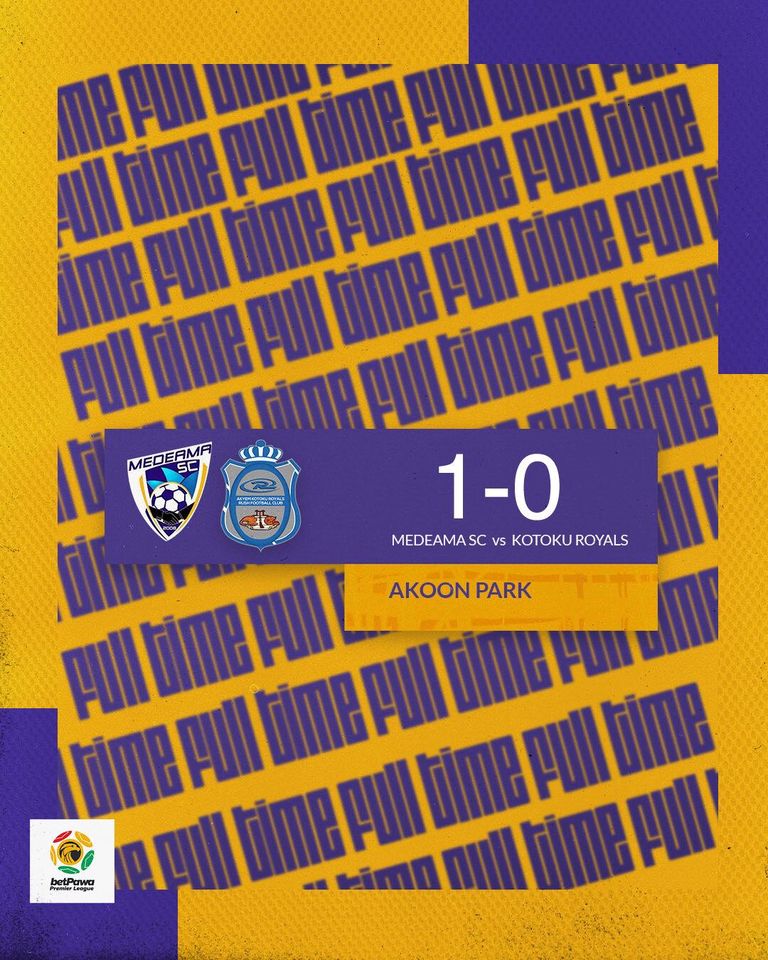 Medeama's Prosper Boakye Owusu scored in stoppage time after coming off the bench to stop Kotoku Royals from taking a point home.

The skillful midfielder nodded in the game-winning goal from a corner, generating a spontaneous celebration from the crowd at Akoon Community Park.

Boakye, who moved up to the senior team from the club's youth squad last year, has been a revelation, consistently turning up strong performances.

The Yellow and Mauves before the game had suffered four defeats in their last five games of the domestic top-flight, drawing just one in the process.

Kotoku Royals who have also been poor in the campaign hoped to change the narrative against Medeama at away. The visitors put a solid defensive display at Akoon Park to try and take away a point.

Medeama will play Karela United in their next Ghana Premier League game while Kotoku Royals will take on Legon Cities. The matchweek nine games will be played after the 2022 World Cup.