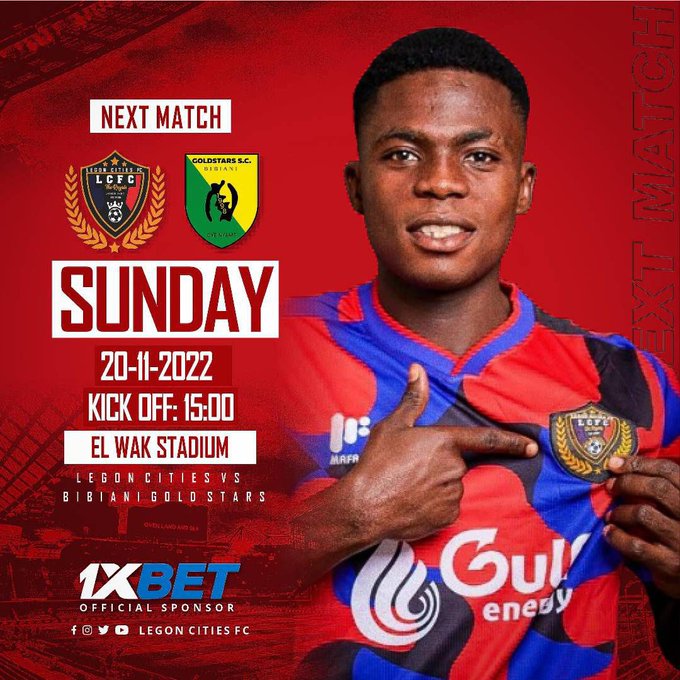 The Royals will be buoyed by their impressive performance in the 1-1 draw against champions Asante Kotoko in mid-week, while Gold Stars will look to return to winning ways following their draw against Medeama SC.

Cities are 7th on the league table while the newcomers lie 8th with 10 points.

Both teams have won three games and have lost once in the last five league matches.