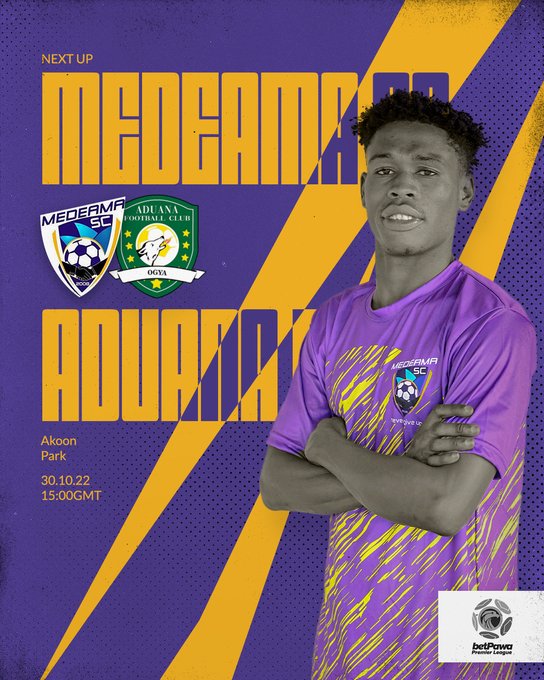 The 2022/23 Ghana Premier League resumes this weekend after an Accra High Court dismissed the Application for Injunction filed by Ashanti Gold against the GFA on Tuesday, October 25, 2022.

The league was halted by the GFA put the Premier League on September 29, 2022 after a Motion on Notice for Injunction filed at the Human Rights High Court by Ashanti Gold SC and served on the GFA’s lawyers.

However, the topflight is in full swing now and Medeama SC will be welcoming Aduana Stars at the Akoon Park, Tarkwa on Sunday on match week four.

The Mauves and Yellows face a daunting task to secure all three points against unbeaten Aduana, who are second on the league log with seven points.

Medeama have managed two wins and one loss this season are fifth in the league standings.

Coach David Duncan's side are one of the teams yet to lose at home this season.

Aduana defeated Hearts of Oak in their first match of the season, before dispatching King Faisal in Kumasi before coming from behind to draw 2-2 with Samartex 1996.

They are joint top in the League table with 7 points and remains one of the unbeaten sides in the campaign. The last meeting between these sides ended 1-0 in favour of Medeama SC at the Akoon Park.