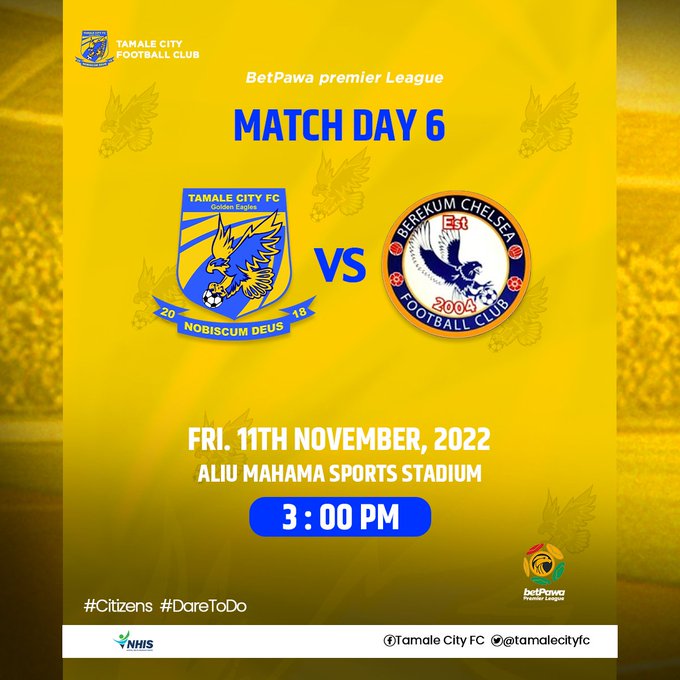 The newly promoted side are yet to win a game this season, having drawn their last two games.

Tamale City are currently 17th on the league table with only two points.

Berekum Chelsea, on the other hand, lost their last game against Real Tamale United and have drawn their two away games this term.

The Blues are 6th on the league table with eight points.