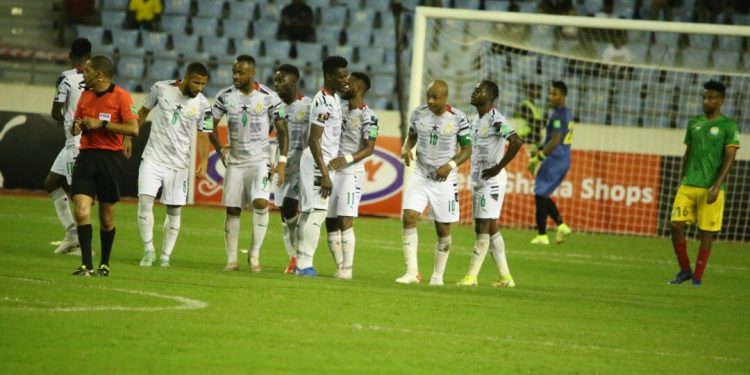 The Black Stars of Ghana have climbed to the summit of Group G of the Africa qualifiers of the 2022 FIFA World Cup after completing a double over Zimbabwe in the October international break.

The national team of the West African country started the campaign in the world cup qualifiers last month with a win over Zimbabwe and a defeat to South Africa.

As a result, the Stars resumed the qualifiers this month trailing the Bafana Bafana. However, after picking six points off the Warriors of Zimbabwe, Ghana has temporarily climbed ahead of South Africa.

The Black Stars are now on nine points, two points ahead of South Africa who are now second on the Group G table.

Things could change if South Africa beats Ethiopia later today. If not, Ghana will have the advantage in Group G as far as the qualifiers to the 2022 FIFA World Cup is concerned.