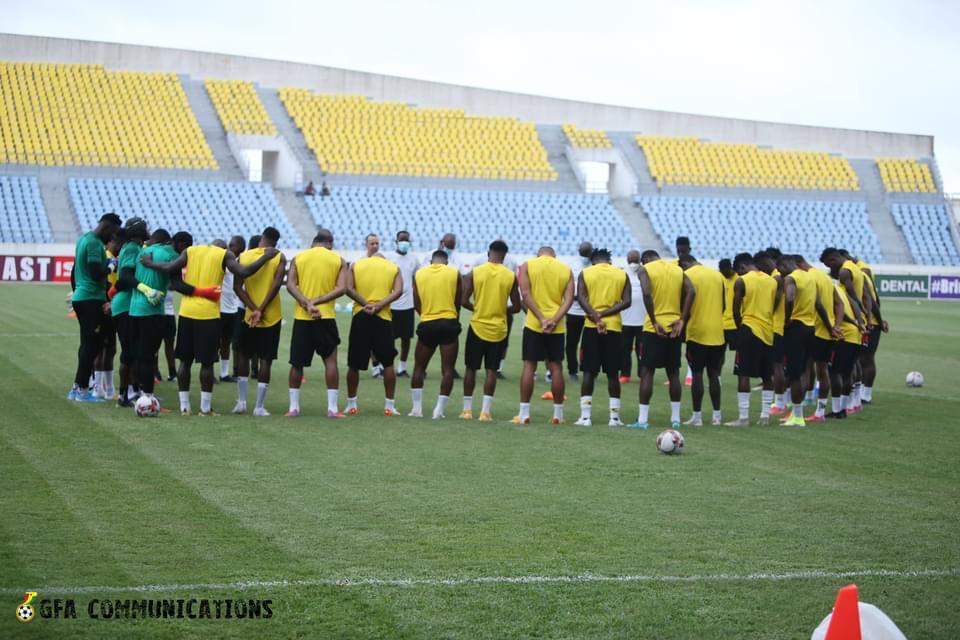 The Black Stars of Ghana will open camp with 27 players on Tuesday, October 5, 2021, to prepare for the upcoming clash against Zimbabwe in the 2022 FIFA World Cup qualifiers.

Initially, 32 players were handed invites to the camp of the Black Stars but the technical team has decided to excuse five of the players according to the Ghana Football Association (GFA).

Meanwhile, Reading FC defender Andy Yiadom who picked a knock over the weekend is being assessed to ascertain whether he will be ready for the Zimbabwe contest on Saturday or not.

Below is the finalised 27-man squad expected to start camp in Cape Coast tomorrow.