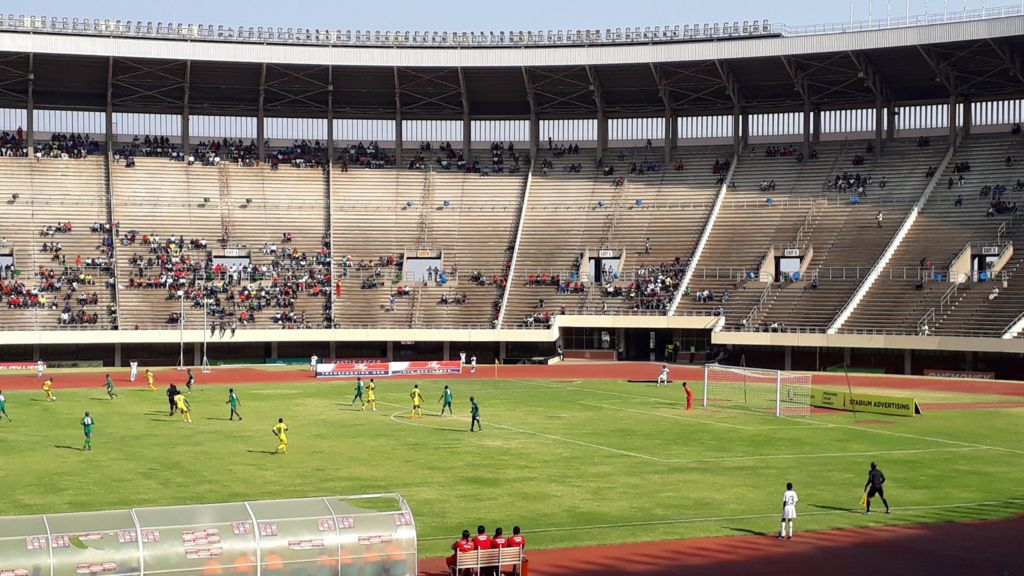 Zimbabwe will have to wait longer before they can play in front of local football fans after the Confederation of African Football (CAF) turned down a request by the Zimbabwe Football Association (ZIFA) to have 5000 fans for the 2022 World Cup qualifier against Ghana next month.

ZIFA had made another bid to have a limited number for the Group G World Cup qualifier against the Black Stars of Ghana at the National Sports Stadium on October 12.

The continental body however turned down the request citing lack of some important requirements at the National Sports stadium.

This is the second time that CAF has turned down a request by ZIFA  having refused the local football mother body’s request to have fans for the match against South Africa on September 3 for the same reasons.

CAF have maintained that the National Sports stadium is on a temporary homologation as it does not fully meet the minimum standards that allows for the fans to be inside the stadium.

“The Confederation of African Football has once again turned down our request to allow a limited number of supporters into the stadium for our FIFA World Cup 2022TM qualifier against Ghana,” ZIFA spokesperson Xolisani Gwesela said in a statement.

“CAF indicated that its decision was based on the review of Zimbabwe’s compliance to expected stadium requirements, safety and security as well as medical issues at the National Sports Stadium.”

He added: “The National Sports Stadium is currently hosting senior men’s international games on a temporary approval, having been deemed unfit in March 2020. Reasons for the ban include the absence of bucket seats and electronic access controls, among other issues. While FIFA COVID-19 match protocols clearly state that all matches during the pandemic must be played behind closed doors, special exemptions to allow spectators into the stadium have been granted to nations with facilities that satisfy required standards.”

The ZIFA spokesperson urged the government to take the issue of renovations at the National Sports stadium seriously as the nation is in danger of hosting some of its home matches outside the country if the flagged areas at the stadium are not addressed.

The National Sports Stadium got a waiver to host international matches without meeting all the prerequisites, probably on condition that the World Cup qualifiers would be played behind closed doors.

The stadium still has a number of outstanding issues that include the installation of bucket seats, refurbishment of a venue operations centre, improvement of the pitch itself, renovation of the B-Arena for training, electronic entrances to the stadium, and general cleanliness of the facility.

Caf has made several calls to Zifa to attend to the outstanding issues but the owners of the facility; the government has been a major letdown.