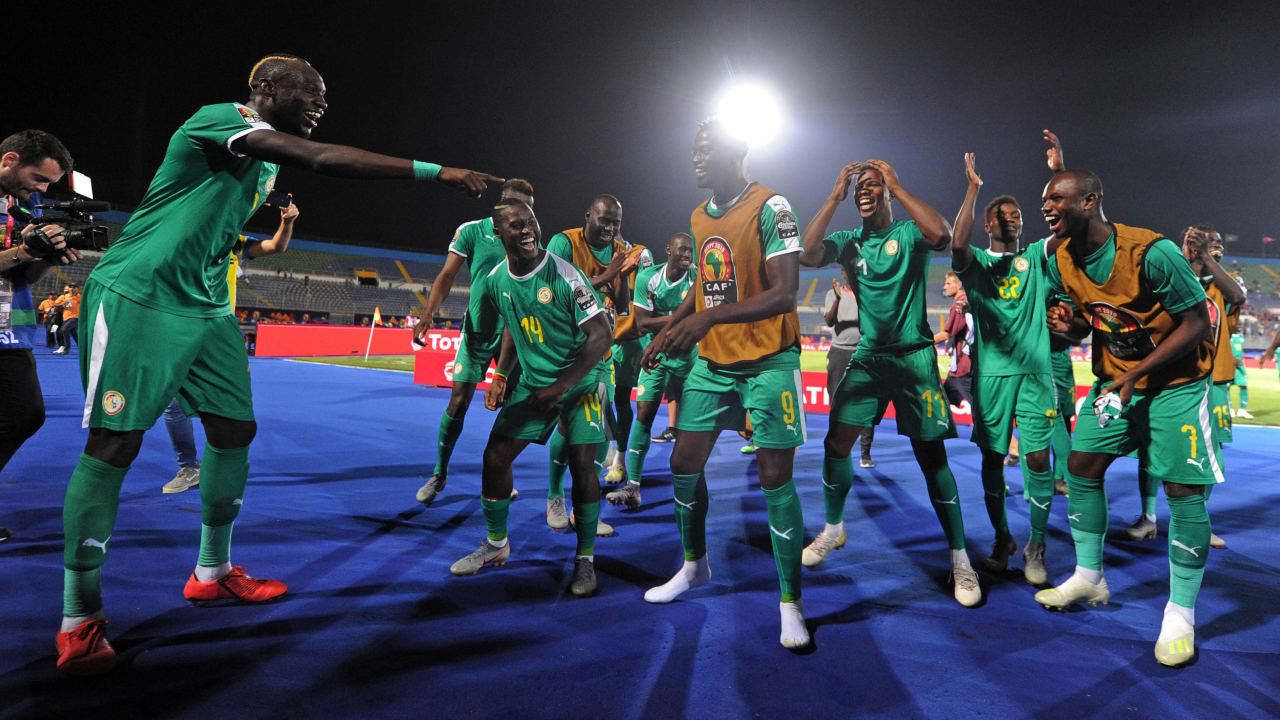 Morocco and Senegal became the first teams through to Africa's play-offs for the 2022 World Cup in Qatar after winning their qualifiers on Tuesday.

Senegal earned their place by beating Namibia 3-1 on Tuesday, in a match played in Soweto, South Africa, since Namibia's home stadium in Windhoek has been declared unfit to host matches.

Turkey-based forward Famara Diedhiou was the hero, outshining Sadio Mane and others as he scored once in the first half and twice in the second to register his second hat-trick for Senegal.

Peter Shalulile sent a low shot into the back of Edouard Mendy's net after Diedhiou's headed opener to give the Namibians brief hope of holding on against the 2019 Africa Cup of Nations runners-up.

Diedhiou restored Senegal's lead with another header and, after the Brave Warriors had hit the bar, the Alanyaspor man tapped in Mane's cross to seal victory.

The win takes Senegal to 12 points in Group H, with Namibia (four points) out of the running along with Togo (four) and Congo (two).

Togo earned their first win in the group stage as they beat hosts Congo 2-1 in Brazzaville, with both teams knowing they had no chance of progressing following Senegal's win.

The winners of Africa's ten qualifying groups will contest the play-offs next March, whereupon the continent's five representatives in Qatar will be determined.

Morocco joined Senegal in the play-offs as they beat hosts Guinea 4-1, in a Group I game that was postponed from last month following the coup in the Guinean capital Conakry.

Owing to the uncertain political situation in Guinea, the tie was moved by the Confederation of African Football to the Moroccan capital Rabat

Guinea were without their coach Didier Six on the touchline once again after the former France international was hospitalised with meningitis during the team's time in Morocco, he also missed Friday's 2-2 draw with Sudan.

Turkey-based Ayoub El Kaabi scored Morocco's opener in the 21st minute - his fourth in the three matches of this international window.

Substitute Selim Amallah restored Morocco's lead with goals either side of half-time and the win was sealed by former Southampton midfielder Soufiane Boufal with a minute left on the clock.

The result means that even before November's final two qualifiers Guinea, Sudan and Guinea-Bissau are unable to progress to the final play-off phase

Elsewhere, Ghana won their second straight Group G game in a row under new coach Milovan Rajevac, as they beat Zimbabwe for the second time in four days.

Following on from Saturday's 3-1 win on home soil, the Black Stars secured a 1-0 win in Harare as Thomas Partey's powerful free-kick went through the hands of goalkeeper Talbert Shumba for the Arsenal midfielder's second goal in as many qualifiers.

The win takes Ghana to nine points, one point behind South Africa, who reclaimed top spot later on Tuesday with a hard-fought 1-0 victory over Ethiopia in Johannesburg.

An own-goal in the 11th minute from visiting skipper Getaneh Kebede, who was trying to keep out a header from a corner, gave Bafana Bafana all three points in front of 2,000 fans at the FNB Stadium, which hosted the World Cup final in 2010.

South Africa, who beat Ghana 1-0 last month, travel to west Africa in the final game of the group.

Ethiopia, on three points, and Zimbabwe, on one, can no longer qualify for the World Cup although both countries will be at next year's Africa Cup of Nations.

Meanwhile, Algeria extended their unbeaten run to 31 games with a comfortable 4-0 away win over Niger to move back to the top of Group A.

Manchester City forward Riyad Mahrez and Aissa Mandi netted for the Desert Warriors in the first half in Niamey, and Ismael Bennacer and Baghdad Bounedjah scored after the break.

The African champions are ahead of Burkina Faso on goal difference and host the Stallions on the final matchday next month.

Djamel Belmadi's side are currently eyeing the world record of 37 games without a loss, which was recently set by Italy.