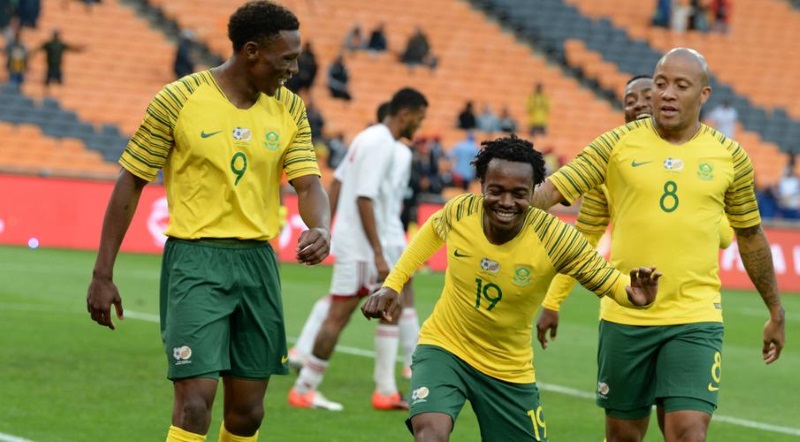 South Africa are hoping to complete the double over Ethiopia in the ongoing 2022 FIFA World Cup qualifiers on Tuesday.

Bafana Bafana defeated the same opponents 3-1 in Bahir Dar on Saturday to move up to seven points after three matches, a point ahead of Ghana who beat Zimbabwe by the same scoreline.

A win over the same opponent will enhance their chances of sealing qualification to the next stage of the World Cup qualifiers.

"It was a very difficult game on a very tough pitch. I said before the game to the players that we don’t need a trophy of best football playing, but we need a title of the team with the most character,” said Bafana Bafana head coach Hugo Broos in the aftermath.

"We showed that character, we fought for every ball and we won, and it is a great win."

In head-to-head stats, the two nations have now locked horns on three previous occasions with victory over the weekend Bafana Bafana's first in this rivalry.