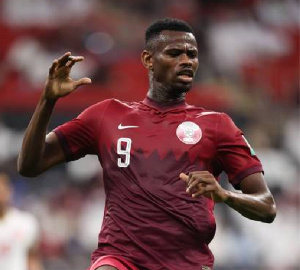 Ghanaian forward, Mohammed Muntari will be one of the attacking players of Qatar at the 2022 FIFA World Cup.

The talented striker has been named in the host nation’s final squad for this year’s world cup after establishing himself as a reliable attacker over the years.

The player born in Kumasi naturalized for Qatar in 2014 and has since been playing for the national team of the country.

Having remained a key member of the Qatar national team in the past few years, Mohammed Muntari is now set to taste the world cup in a country that has become his second home.

The 28-year-old schooled in Ghana and completed T.I Ahmadiyya SHS.

He will be poised to achieve something good with his Qatar national team teammates at the 2022 FIFA World Cup.

He has 13 goals for Qatar after making over 40 appearances for the national team since 2014.

Below is the final 26-man squad for Qatar’s 2022 FIFA World Cup campaign: 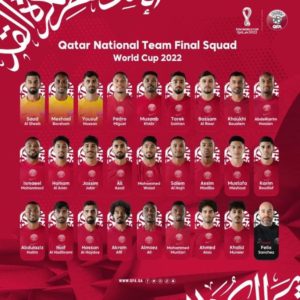 Qatar will open the 2022 FIFA World Cup by playing the first match of the tournament in a game against Ecuador on November 20.

Subsequently, they will face Senegal and the Netherlands in Group A.