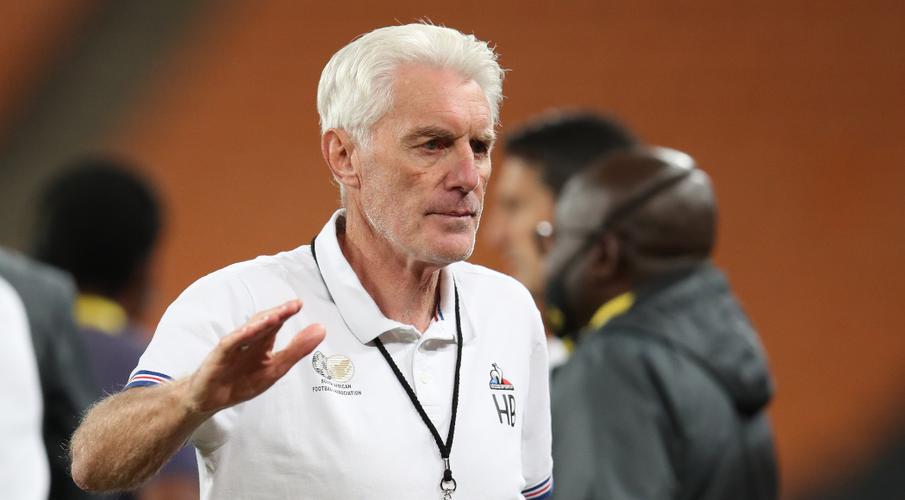 Hugo Broos has hailed the rapid improvement of his Bafana Bafana side after the 1-0 victory over Ethiopia on Tuesday kept them at the top of their 2022 Fifa World Cup qualification pool.

A Getaneh Kebede own goal on 11 minutes gave Bafana the three points, but it was a laboured performance with the players showing signs of fatigue from their difficult travel to and from Ethiopia at the weekend.

Bafana have 10 points at the top of the pool, one more than Ghana, with two rounds to play in the race to finish top and advance to the next stage of qualifying.

"We started here one month ago during the first camp and when you see the steps that we've made, it's down to the excellent work by the players," Broos said.

"I can only ask certain things of my players and hand out instructions but in the end, it's the players who go out and perform. At first in the game against Zimbabwe we were hesitant, and you saw a team that was lacking confidence.

"Then you saw three days later against Ghana a team with improved confidence playing good football and now a few days ago you saw a team that fights. So, we've made big steps in a short period of time.

"I think the players try to carry out instructions and while they perform it sometimes better than other times, their attempting to do it is the most important.

"When comparing it to the first days a month ago, the behaviour of the players gives me confidence for the future."

Bafana host Zimbabwe next month before rounding out their pool play with a trip to Ghana.